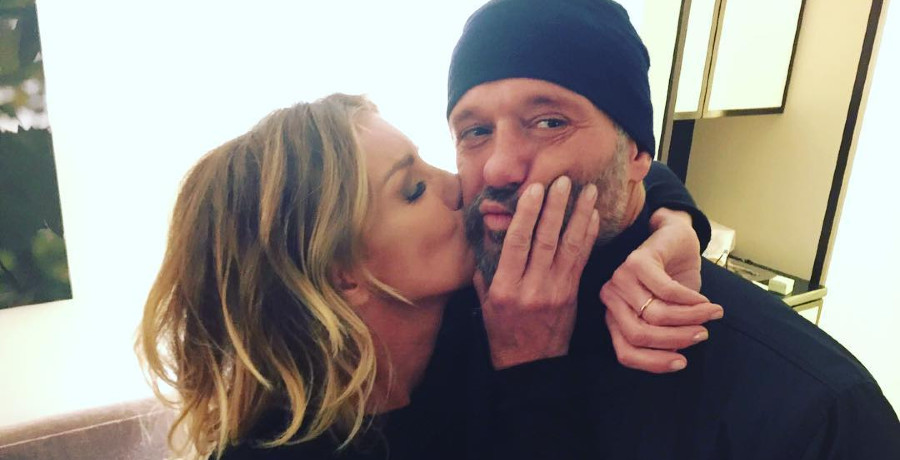 By any measure, megastar country music couple Tim McGraw and Faith Hill count as country music royalty. When it comes to the holidays, however, the McGraw family makes its own kind of fun, borrowing from beloved characters of the big and small screen.

It’s never a bad move to take from a legendary film director or a cultural masterpiece of a film. In this year’s holiday twist, Tim McGraw and Faith Hill join their three beautiful, accomplished daughters in their traditional themed dinner, taking off on Francis Ford Coppola’s The Godfather.

Tim and Faith move from ‘Game of Thrones’ to Mafia elite

Assuredly, fans of the McGraw family recall the Country Music Alley feature from December 2020. For that festive feast, Tim, Faith, Gracie, Maggie, and Audrey McGraw chose to portray the Game of Thrones world of Westeros.

At the time, Faith Hill utterly embodied The Night King.  This time, mama McGraw paid tribute to the film classic in black and white, fitting for the famously tuxedoed mobsters. As ABC News, Yahoo! Entertainment, and Taste of Country verify, Tim McGraw follows the lead of his family in the old-time shot, complete with Fedora and slick-backed hair underneath.

Despite being a complete departure from his previous portrayal as Ned Stark, Tim McGraw embraced his gangster character with gusto. “Love my family and all the craziness that comes with it,” the proud patriarch captioned his video. Surely, Don Corleone echoes the same sentiment.

In a second color capture, the family takes a mirror shot of the family celebration. Undoubtedly, Tim McGraw has a roster of film credits that speak to his knowledge of filmmaking. To her credit, 21-year-old “baby daughter,” Audrey McGraw praises her dad’s editing skills. “What a dramatic zoom out,” the youngest of the girls gushes. “For Oscar consideration,” she insists.

The love runs deep for the McGraw clan

Even their 1883 Yellowstone prequel costar, Eric Nelsen, felt the bite of the family love bug. The actor extols that the feeling “Literally doesn’t get any better. This is my kinda family vibe,” the star comments of the 55-year-old Live like You Were Dying artist and his kindred. Clearly, Tim McGraw and Faith Hill place personhood ahead of resume points when it comes to their daughters.

In the most recent birthday salute earlier this month for Audrey, dad Tim McGraw insists that simply the presence of young women like his daughter “makes the world a better place to be for everyone who loves you.”

Besides showcasing her beautiful voice, Tim McGraw spotlights the oldest sister, Gracie’s heart as “the sweetest, kindest heart in the world,” one that is always “there for her friends. Always there for her family.” While Gracie follows her Broadway dreams, middle sister, Maggie, pursues her own career path.  Not surprisingly, Tim McGraw applauds her “drive, work ethic, and enthusiastic determination” as an inspiration to him “every single day” in his birthday tribute last August. For her part, mom Faith Hill  shared a sparkling performance tribute to her middle daughter, waving blazing sparklers to her “Mags A Million.” Absolutely, these gifted daughters share a haven of love and acceptance, no matter where their life path leads.

Of course, Tim McGraw plans to serve the family favorite treat of his homestyle spaghetti and meatballs, lovingly referred to as “noodles and gravy” by the close-knit clan. Fittingly, there’s nothing better than another Yellowstone prequel after a delicious dinner.

Certainly, fans like Tim McGraw and Faith Hill are set to watch the latest prequel installment, 1932, starring Harrison Ford and Dame Helen Mirren as the grandparents of the current Yellowstone land baron. The initial broadcast airs on December 18 on Paramount +, and the timing is perfect to revisit the 1883 saga of James and Margaret Dutton.

As a matter of fact, however, Faith Hill found out during the shooting of the initial prequel that despite the couple’s 26 years of marital devotion, the buildup of body odor under life on the Plains reached a point of intolerable. “My wife forced me to take a shower,” Tim McGraw concedes, over the leading man’s desire to stay in character. “I don’t care about Method. You stink!” Faith declared.

Fortunately, the smells of Christmas time wafting in the air of the McGraw home this holiday season will be much more fragrant.