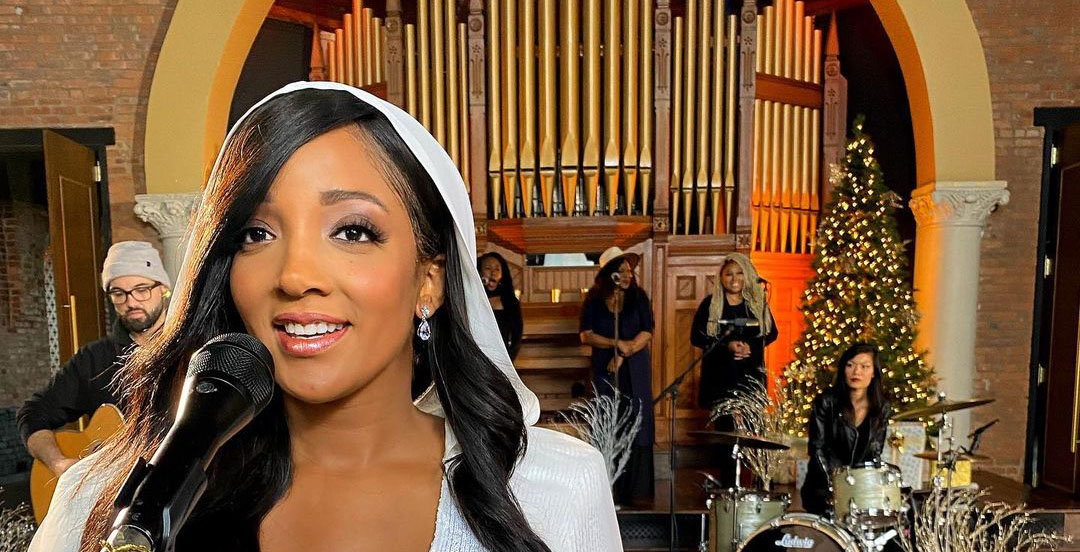 Country music songstress, Mickey Guyton joins in the deep, communal mourning in the loss of Country Music Hall of Fame honoree and a true legend, Charley Pride.  For the 2021 Grammy-nominee for Best Country Solo Performance,  her courage to create a song like “Black Like Me,” along with her collaborators, would have never taken root without the example of Charley Pride.  The Texas native who grew up calling Arlington and Waco home. She had Whitney Houston, LeAnn Rimes, and Dolly Parton as influential “sheroes.”  Mickey Guyton always pays tribute to the powerhouse pioneers who allow her and other future artists to walk through doors that groundbreakers opened.

The shocking news of Charley Pride’s passing came Saturday, December 12, almost exactly a month after his November 11 Willie Nelson CMA Lifetime Achievement Award presentation and performance during the ceremony.  The Country Music Association is responding to questions circulating about the ceremony today, November 14, per CNN via MSN.  Mickey Guyton, her sister singer-songwriter from Arlington, Maren Morris, and millions of other Charley Pride fans already echo their opinions on the situation.  There is no debate about the esteem and respect that Mickey Guyton feels for the legend she never got to meet but reveres so deeply.

Charley Pride gets due credit from Mickey Guyton

Mickey Guyton speaks with an honest and wide-open heart. She says, “Charley Pride means the world to me.” She further credits how “his voice and his bravery made it possible for me to have a career in country music.”  While Charley Pride would be the first to show his typical humble gratefulness for the tribute, he would point to the decade and more of hard work and artistry from Mickey Guyton. Additionally crediting her gift for incredible songwriting.  No one reaches overnight success in country music.  There is always a back story of heartache and rejection.

When Mickey Guyton makes her statement on Twitter after her Grammy nomination moment, she declares that the honor was for “every black girl” who felt “unseen” and “unheard”  and felt “shoved in a corner and completely unconsidered.”  Guyton is already following the example of Charley Pride. She is lighting the way for other women and black artists yet unheard.

So much more than songs

The presence of “a black man in country music resonated with me more than any particular song,” Mickey details.  “His music moved people.”

Rolling Stone via MSN contends that Mickey Guyton is doing what Charley Pride did through his music.  She is “compelling country music listeners to confront their own prejudices.”   The way the artist sees it, that is the most effective way to honor Pride’s life and legacy.

Mickey Guyton has learns a lot about bravery this year.  She gives the most powerful performance on the ACM Awards stage in September.  Her rendition of “What Are You Gonna Tell Her?” pierces the souls and consciousness of her audience.  She makes history that night as the first black woman to perform on an ACM Awards stage.  Maren Morris gives her friend kudos on social media, and so does Kelsea Ballerini.

Mickey Guyton is among the talented ladies Maren Morris mentions when she accepts her Female Artist of the Year award last month.  The two singers share more than motherhood and concerns for racial injustice.

Maren includes Mickey Guyton on her list of ladies of color and courage in country, along with 60s singer, Linda Martell and the “Country Girl” charter, and Color Me Country host, Rissi Palmer, and soul-country fusion’s own, Yola.

Now, Maren Morris and Mickey Guyton are asking the same questions on the passing of Charley Pride.  Country Music Alley reports earlier on the social media outcry that “we should be outraged” from  Morris if any cause of if Charlie Pride’s contraction of the virus is traced to holding the CMA ceremony indoors, and still gathered together.  The “Better Than We Found It” songwriter has since deleted her Tweet.

We need answers as to how Charley Pride got covid.

Mickey Guyton asserts that “we need answers as to how Charley Pride got covid.”  According to today’s CNN reports, the country music legend had negative tests before travel, upon landing, before the performance, and after his time on stage.  He also had negative tests before his return trip.  Nonetheless, research indicates that newly-exposed persons may not have sufficient viral load in the system for hours or even a few days to test positive.

Mickey Guyton, Maren Morris, or any viewers witness t the audience of recipients and guests sat grouped in pods of tables, socially apart. However, offenders of “chin-strapping” masks were everywhere. Many attendees drank, danced, and mingled in close proximity.  A few are close to the stage during performances.  No matter how you look at it, the evening was a risk.  We may never learn the exact trace to Charley Pride’s case, but the conditions surely didn’t help. The ovations were certainly warranted, but was the night “in-person” worth it?

Mickey Guyton has company in giving praise to Charley Pride

Dolly Parton posted broken hearts to show that “I’m so heartbroken that one of my dearest and oldest friends, Charley Pride, has passed away.”  The country music legend and Idol of Mickey Guyton put millions of dollars behind her conviction to crush the virus.  She reiterated “what a horrible, horrible virus” to fight at any age, much less a senior of 86.  “Charley, we will always love you,” Parton closed her warm comments.

Billy Ray Cyrus, Jason Aldean, Martina McBride, and Reba McEntire all join Mickey Guyton and a cavalcade of other country music artists paying tribute to Charley Pride.  All their words were heartfelt, but Darius Rucker wrote personally and eloquently that Pride was “an icon and a legend and any other word u wanna use for greatness.”  The Hootie & the Blowfish founder capitalized “Barriers,” signifying how powerful the statement from Charley Pride was. Additionally noting that the RCA artist and former baseball player “did things that no one else has ever done.”  Rucker ended with “Heaven just got one of the finest people I know.”

My heart is so heavy. Charley Pride was an icon a legend and any other word u wanna use for his greatness. He destroyed Barriers and did things that no one had ever done. But today I’m thinking of my friend. Heaven just got one of the finest people I know. I miss and love u CP!

For her part, Mickey Guyton insists that “daring to be seen” and “bravely taking risks” are the best ways to further the legacy of Charley Pride.  The man who left a forever legacy in music also left lessons in grace and gratitude that he taught every day, down to his last thanks onstage to his booking agent and others with him from the beginning.  Remember the lovely details and the little moments that matter so much in life.  Don’t just “Kiss an Angel Good Mornin’”– remember the angels all around us.

Kelly Clarkson Listens To Fans & Delivers — Here’s How
Miranda Lambert Voted One Of Most Influential People 2022
Carrie Underwood Hearkens Back To Signature Style On New Tune
Jimmie Allen Puts The APB Out On ‘On My Way’ With Jennifer Lopez
Keith Urban Relies On Marital Devotion For Sobriety?