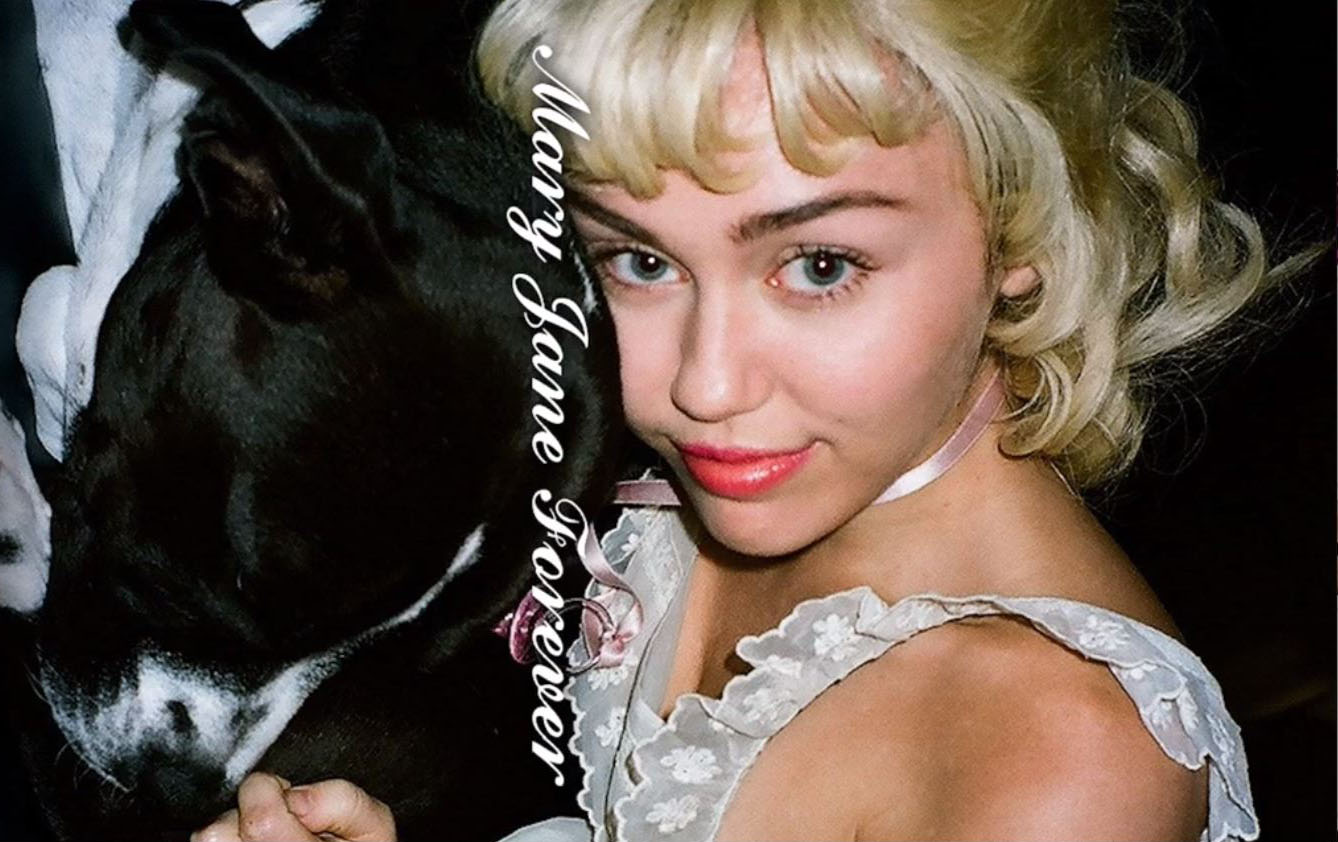 Miley Cyrus makes headlines for countless reasons.  The multitalented Miley has lived many lives in only 28 years.  As a tiny girl, she sang with her dad, Billy Ray Cyrus, in cherished family snippets. There was never any shortage of love and support for any of the seven siblings in the blended family. Still, Miley Cyrus credits her dad for his example of perseverance and determination. Even throughout her Hannah Montana media domination, her  father encourages his daughter to work hard and find her own way of artistry and self-expression.

Success takes hard work and that strong work ethic runs through Miley’s legendary godmother, Dolly Parton, in spades.  The singer-songwriter insists that her dad made her “tough” in facing life’s trials.  She calls “Aunt Dolly” an “angel on earth” in her example of kindness to every person she meets, and Miley Cyrus confesses “I totally worship her,” referring to her mom, Tish.  The daughter says that her mother inspired the desire to take up sculpting.

The past two years have not been an easy ride for Miley Cyrus. She divorced from longtime love, Liam Hemsworth. Sadly, she lost her home and a cache of completed music in the Malibu fires, and lost her grandmother, Loretta.  Now, as Today per MSN and Billboard confirms, the animal-adoring advocate is in mourning for the loss of her cherished pit bull mix, Mary Jane.

This pain was no surprise for Miley Cyrus

The loss of a beloved animal companion is like no other in life.  Unlike a relationship with a parent, a spouse, or even a best friend, a dear pet is side-by-side with his or her human virtually every waking moment available.  From out of the bathtub to morning breath, your animal never sees you as having any bad hair days and doesn’t count snippy remarks against you.

“Anyone who knows me and it doesn’t have to be well is aware that my best friend in the whole world is a rescued pit bull mix named Mary Jane,” Miley Cyrus affirmed in her social media tribute. The “Midnight Sky” singer related how “MJ” was diagnosed with cancer over a year ago.  Since that time, there have been “multiple types and tumors.”

The doting pet mama was advised to “spend every second savoring her special spirit.” That directive was nothing new for Miley Cyrus since she had been soaking in the beautiful love from Mary Jane since they first met in 2012 when Cyrus rescued the soulful-eyed dog. Partings always come far too soon.

A grateful goodbye from Miley Cyrus

Miley Cyrus knew only that “an uncertain amount of time” remained with Mary Jane.  The candid artist made her love and respect clear, in actions, words, and time.

“I thank her repeatedly as she took her last breath,” Miley Cyrus expresses. “For who and what she has been to me.” Every pet parent feels to the core with the singer as she describes “it was something more than a friend or family member”  Cyrus wrote that the bond was “purely DIVINE. An incomparable love.”

Miley notes that she tried to “return all her favors” regarding the indelible gifts left by Mary Jane.  She kept her canine companion comfortable and as free of pain as possible.

“She has come to my rescue every time my heart has broken.  Put me back together again,” Miley Cyrus affirms.  Miley Cyrus has a menagerie of animals, and her compassionate heart is as true and steady as the North Star. Sadly, though, there is no one to replace Mary Jane. “Going through this pain without her magic power is so lonely,” the singer laments.

“She is no longer hurting, but I am,” Miley Cyrus echoes.  “That’s what love is.”

Even in grief, Miley has a shoulder with Dolly

The year 2020 brought the darkest Christmas many families had ever endured. The virus spiked, and for the first time in their lives, many folks found themselves in food lines for Christmas dinner staples.  Dolly Parton uses her life as a beacon of hope in hard times.  She not only told people to hold onto hope, but she also opened up her wallet almost as wide as her heart to fight the ravages of the virus.  Dolly proves again and again that she is just the person who Miley Cyrus says she is.

Miley Cyrus made a wish come true for Dolly Parton when she sang the duet, “Christmas Is” from what Parton calls her last Christmas album.  The two sing “it’s all about kindness, love, and compassion/Better to give than receive.” Miley continues “That is a true fact/Those who don’t know that/They are the poorest indeed” to close the verse.

Anyone who has experienced the love of a dog learns unconditional love on an entirely pure “pooch” level.  Without a single thought of self or suffering, a dog lives for the life and look of affection in his “parent’s” eyes. Dolly Parton understands that bond deeply, like Miley Cyrus.  She shares pictures of herself with her precious Boston terrier, Popeye, in Songteller: My Life in Lyrics, and she has more dogs, too.

Miley Cyrus takes inspiration from Dolly in saying “Music is my medicine.” The “Inspired” songwriter started working on a ballad for her beloved Mary Jane after the fire that consumed her home.  Liam Hemsworth rescued many animals from the blaze while Cyrus was away performing. As painful as it is, this moment seems the most perfect time for the song “5EVR Mary Jane.” Even in her passing, the precious canine is radiating caring from above.