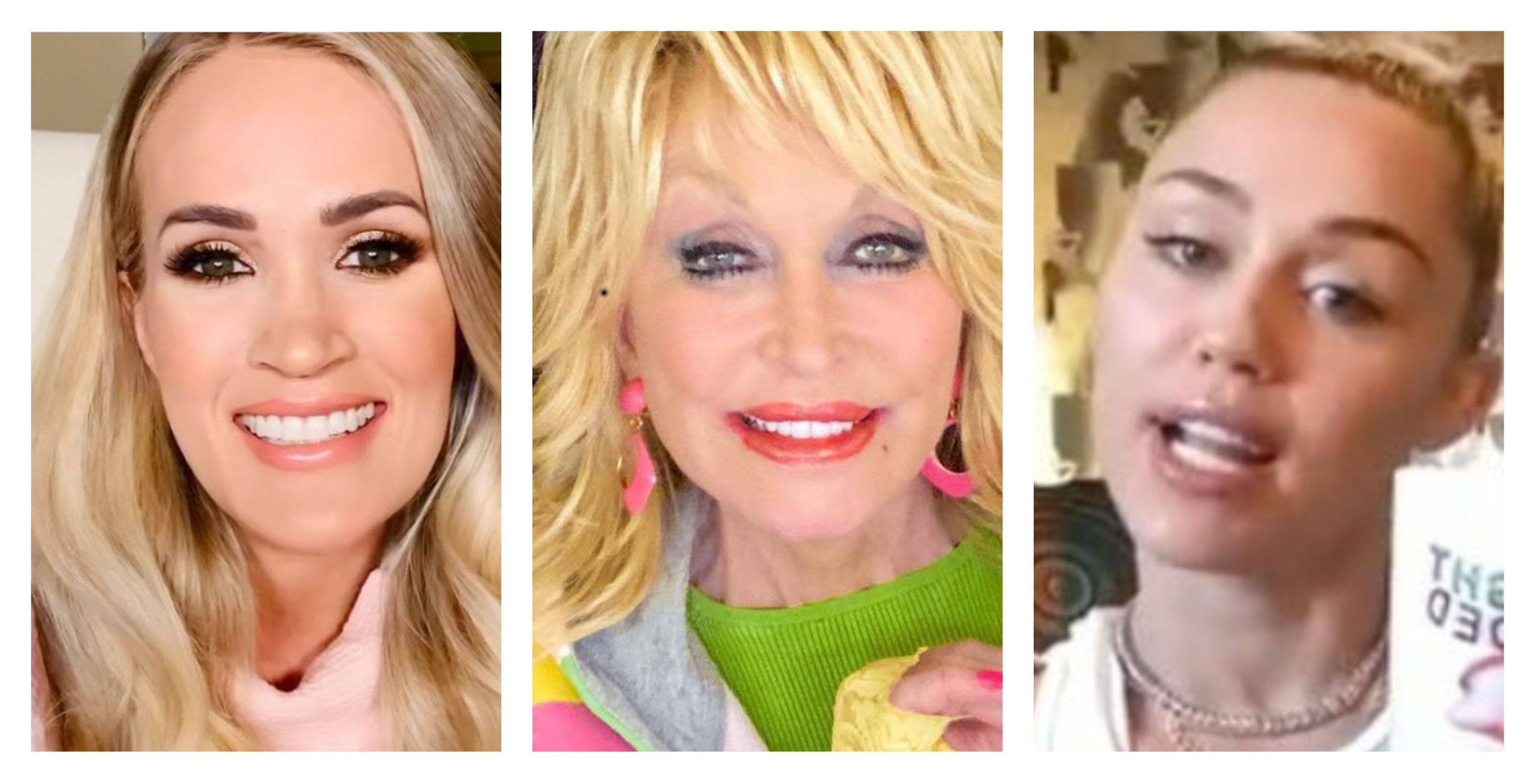 The History of Dolly Parton and “Jolene”

Country Now shares some historical information about the single. Not surprisingly, Dolly Parton is the only writer on the track. Who would have thought that the song is inspired by a true story though? It seems that this is the case. Country Now reports that the song is inspired by “a red-headed bank tell who flirted with her husband, Carl Dean, shortly after they got married.” However, it’s not likely that the bank teller’s name was Jolene. According to Country Now, Dolly Parton discovers the name “after meeting a fan during a meet and greet at one of her concerts.”

Undoubtedly, “Jolene” is one of the most iconic songs out of Dolly Parton’s catalog. Additionally, Parton shares that it’s also her “most-covered song.” In honor of the 47th anniversary of the song, many singers share their covers of the ’70s hit.

A beloved cover of the song features Dolly Parton’s goddaughter and pop-rock crossover phenom, Miley Cyrus. Listening to a young Miley belt out “Jolene” is enough to send chills up your spine. However, there are so many more artists that cover the song. Luckily, for fans Country Now compiles five of their favorite covers of “Jolene.” This includes Miley Cyrus, Carrie Underwood, and Kelly Clarkson, to name most of them.

The set of videos kicks off with a younger Carrie Underwood belting out the tune. Throughout her performance, she seems happy to cover the iconic song. Underwood hits all the high notes perfectly with a smile on her face. And then the crowd goes wild has the music abruptly transitions to Underwood’s mega-hit, “Before He Cheats.”

The next video is new mama, Gabby Barrett. At first listen, the up-and-coming Country star, strikes an eery vocal resemblance to Dolly Parton. However, the deeper into the song, the thicker Barrett’s southern twang gets.

Next, Kelly Clarkson is in concert and announces that she’s going to sing Dolly Parton’s “Jolene.” Within seconds a fan proclaims “Oh my god!” as Clarkson’s opening chord moves her. Like everything the Kelly Clarkson does, she puts her on flare on the iconic track.
Lastly, Jennifer Nettles and Pentatonix give a moving performance of “Jolene.” Jennifer Nettles’ voice does the track justice. The acappela group seems to make the song nearly unrecognizable. However, it is still pleasant to listen to.

It seems that the iconic staying power of “Jolene” is not lost on its creator. Country Music Alley recently reports on Dolly Parton’s take on the “distracted boyfriend” meme. The image depicts a women labeled Jolene, a man and his girlfriend. Jolene is wearing a pink “I Will Always Love You” hoodie. And the witty Country legend captions the photo, “How did Jolene get some of my merch?!”

What is your favorite “Jolene” cover? Let us know in the comment section below. Come back to Country Music Alley for more news about your favorite Country stars.