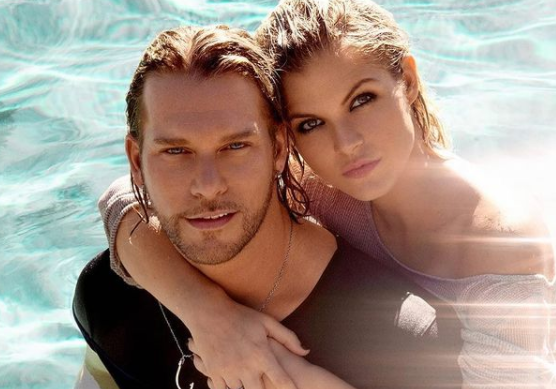 Craig Wayne Boyd, the Season 7 winner of The Voice, announced exclusively to People that he and his wife Taylor are expecting their fourth baby. The couple share daughter Dakota and two sons Graydon and Boston. Craig also has a son from a previous relationship, Jaxon.

Boyd told People that Dakota has been asking for a new baby all last year. “Our 5-year-old daughter had been praying for another baby all quarantine long, and her prayers were answered!” Since Dakota was the one to hope for a new baby, it is likely she is praying for a little sister to help her keep up with four brothers.

Taylor is a modeling agent and talked about the difficulty the couple had keeping the secret under wraps. “This has been one of the biggest surprises and hardest secrets to keep. I’ve noticed more and more #yallers mentioning baby No. 5 on socials lately — it’s like they had a sixth sense! It’s going to be a crazy ride, but we are so excited for the grand finale … and this will be the grand finale!”

Craig Wayne Boyd on ‘The Voice’

Craig began his music career writing songs and eventually even toured, opening for Brantley Gilbert. But his big break came in 2014 when he competed on Season 7 of The Voice. Boyd auditioned with “The Whiskey Ain’t Working” and got the chair turn from Blake Shelton and Pharrell Williams. He chose Blake as his coach, but during the Battle Rounds, Blake chose David Carter over Craig. Gwen Stefani saved and stole Boyd, but she ultimately chose Anita Antoinette over Craig during the Knockout Rounds. Blake realized his error and saved Craig once more, stealing him back.

All of his performances led up to his finale appearance where Craig Wayne Boyd won the whole show. With the win, Team Blake netted a fourth victory on the show. Craig made history in country music by having his first single “My Baby’s Got a Smile on Her Face” debut at number 1 on the country charts. The song was a gift from Blake Shelton and Craig performed it during the finale of The Voice.

Shelton admitted that he had the song for years, but never recorded it himself. He talked about how he did not know what to do with the song because of its difficulty. “You know, looking back, I don’t know if I’m really one of those guys that believes in ‘meant to bes,’” Shelton admitted. However, “this may have been one.”

Craig refers to himself as a “part-time singer and a full-time dad” on his Instagram bio. His platform mostly shows updates as he and Taylor raise their family. His recent posts include giving his daughter her first bouquet of flowers on Valentine’s Day and creating a montage of his children. He wrote, Nothing I wouldn’t do for these kiddos!”

Congrats to the growing family!