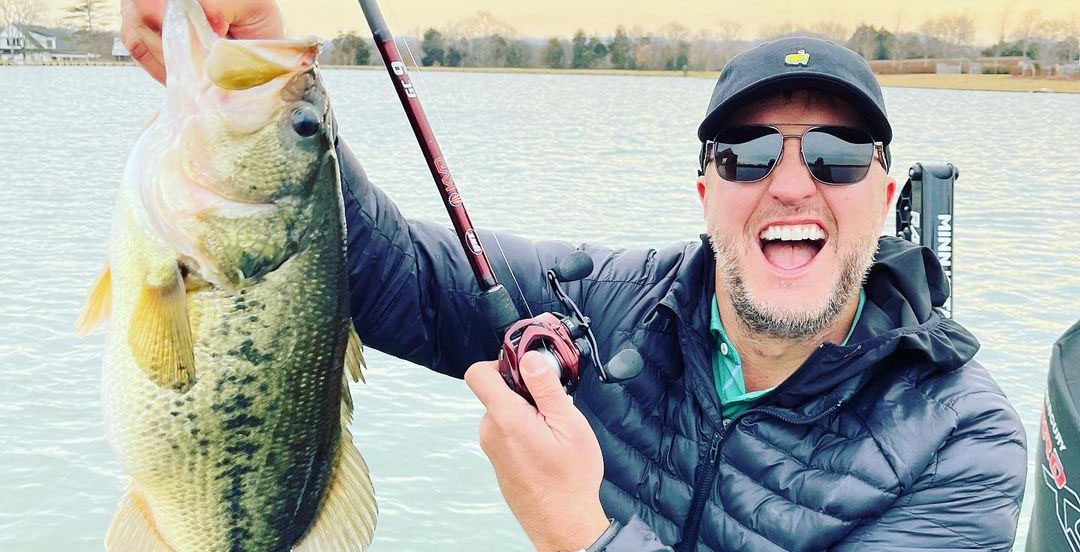 During his interview with Katie Neal of RADIO.COM, Luke Bryan lamented about all the downtime he had during 2020. “I can only exercise and re-line fishing poles for so long,” Bryan whined. But the country star is grateful for the slate of interviews he has to promote Season 4 of American Idol and his new album Born Here Live Here Die Here (Deluxe Edition). He was happy to be busy in a different way and said it “feels like work” and the “It’s fun!”

What did Luke Bryan do during lockdown?

Luke talked about filling his time at home during the pandemic with family activities. He had the opportunity to watch his sons play basketball a lot during the lockdowns. He also spent more quality time with Caroline. The “Roller Coaster” singer laughed as he reminisced on “Pranksmas” and said all his friends “keep their head on a swivel” when they visit. Bryan mentioned a particular prank that never made it to social media because of how mad he got.

But Luke also filled his time off as any country boy would, hunting. He showed off his chocolate lab, Choc, during his interview and talked about duck hunting. Choc doesn’t leave Byran’s very often while he is home because he expects to go hunting all the time now.

But with the new season of American Idol airing and Luke having to split time he expressed his gratitude for the opportunity to work. Bryan mentioned COVID protocols on the Idol set and the requirements with consistent testing. He did not complain about any of that because he feels blessed to have work. “You don’t want to complain. Because at least I can go out there and have some work. I’ve had to get COVID tested a couple of times a week… If it’s what the show needs to make sure everybody’s safe and doing the right stuff, I don’t have any problem with it. It’s been amazing watching the production of Idol come together and all the protocols to make the show happen.”

One thing Luke Bryan does regret about the current protocols on American Idol is that he can not hug the contestants. “Historically me, and Lionel, and Katy — if a kid is out there and they’re pretty emotional — we have always been really good about going and lovin’ on ’em and helping ’em through. So, that’s a different sensation.”

Luke went on to discuss his new deluxe album that is set to be released on April 9. The deluxe album has all the songs from the original, including his recent chart-climber “Down To One,” plus six original songs. Bryan had a tough time picking out his favorite song of the six. “It’s a three-way tie, heck maybe even a four-way tie. I’m really excited for people to hear ‘Waves,’ ‘Up’ … I wrote a song called ‘Bill Dance.’ I don’t know if you know who Bill Dance is but he’s a historic, famous bass fisherman… and then there’s another song called “Prayin’ in a Deer Stand’ that really means a lot to me. I feel like these six songs really tell a great story of where I’m at in my career right now. I’m really lovin’ the outdoors!”

But all the success would not have been possible without Luke Bryan’s first hit “Do I,” which he co-wrote with Lady A’s Charles Kelley and Dave Haywood. “To really share that moment with two fellow Georgia boys… Lady A was just getting their career going when we wrote ‘Do I,’ so it was big moments in our career, big things that really meant a lot to us. I was very proud to be a part of it with them.”

Are you excited for Luke Bryan’s deluxe album? Let us know in the comment section below. Come back to Country Music Alley for more news about your favorite artists.