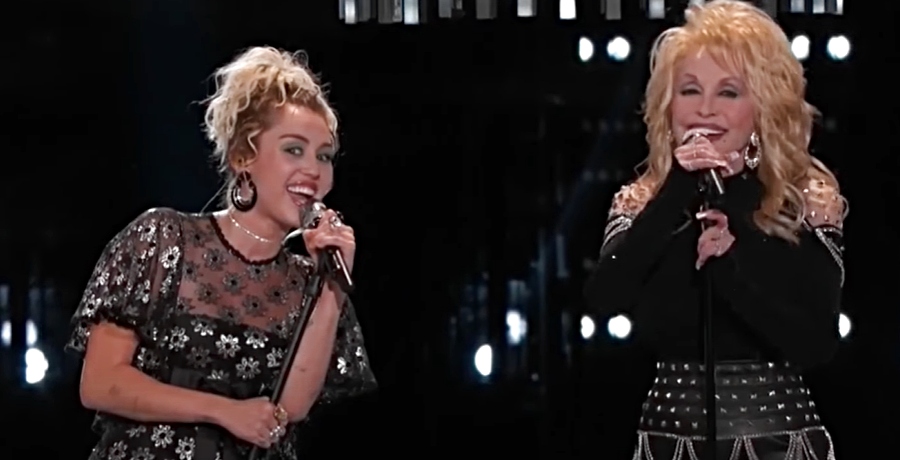 For millions of reasons, folks absolutely cherish Dolly Parton.  Dozens and dozens of the thousands of songs she’s written live forever in the hearts of her followers.  Her philanthropy grew from her own roots in Sevier County, in the Smoky Mountains of Tennessee to touch millions of children around the world today through her literacy initiative to grow young readers, the Imagination Library.  The “Coat of Many Colors” songwriter expresses her faith and the fortitude of her mountain people in all she does.  She continues scholarship and health-related services to reach those close to home.

Through the pandemic, Dolly Parton became the ambassador of hope and health for the entire planet through her generous funding of the Moderna vaccine.  She also purposely went very public in getting her vaccine and admonishing that no one has the right to be a “chicken squat.” In marvelous Dolly flair, the ageless artist sparked a fashion trend with her “cold-shoulder” ensemble, which launched as the “must-have” look for spring.

Even while she’s sending books around the globe, saving lives, and, of course, singing her heart out, Dolly Parton never forgets any special friend, family member, or occasion.  When a special date popped up to celebrate an unforgettable family relation, albeit one from TV land, Dolly Parton had to send a heart full of loving wishes, as MSN per ET Canada notes. “Aunt Dolly” got bunches of sweetness back, too, from a very special leading lady and her “fairy goddaughter.”

‘Hannah Montana’ gets a Happy Anniversary hug from Dolly Parton

Dolly Parton and the true Hannah Montana, Miley Cyrus, make their homes in very different places.  Nonetheless, nothing takes the country roots or bonds with family from either of these ladies of talent.  Even though Dolly still prefers communication by her fax machine or phone, Miley and her “fairy godmother” make it a point to stay in contact.

The closeness goes far beyond the lines in the script in a photo from the Hannah Montana set shared by commentsbycelebs on social media.  Miley drapes her arm comfortably around “Aunt Dolly” in the capture.  In return, Dolly Parton gives a watchful gaze to her goddaughter as the title character.

The official “Hannah Montana” Instagram account offers the reply.  It’s too personal not to be from Miley’s own heart.

In addition to her own “I love you” back to Dolly Parton, the reply gushes that “You taught me about the important things in life.  Like how to glue down a wig, use a bedazzler, and treat everyone you meet with kindness,” Miley Cyrus tops the invaluable life lessons.

“Without you, HM doesn’t exist,” the adoring “niece” closes her praise.  Dolly Parton probably still glows from feeling the pride of her influence.

Miley Cyrus reflects love, gratitude, confusion, and the struggle of growing up as a character who everyone sees as the real star, as Yahoo News reported on Cyrus’ letter to her Hannah Montana alter ego.  In truth, the versatile “Midnight Sky” singer insists that the “glovette hand” of her character commanded much more of her life than she did.  She recounts many “first” and “last” life milestones that happened on set.  The star lived out many lifetimes in view of the world, and it comes as no surprise that she is still finding her path and more passions at 28.  Throughout the twists and turns, Dolly Parton remains her cherished human example in kindness.

Miley Cyrus calls Dolly Parton “a living angel on earth” in a Country Music Alley feature from last September. She shares a memory of her godmother floating into an early-morning run-through on Hannah Montana.  Naturally, Dolly Parton presents a portrait of readiness and grace in her pink silk robe and hair almost bigger than the doorway allowed.   “Is she really her aunt?” castmates asked.  “Yes, she is!” Miley responded.  The relationship never falters to this day.

Incredibly, Hannah Montana only ran for four seasons on the Disney Channel.  It’s a promise that somewhere in the world, in some language, Miley Cyrus, Dolly Parton, and Billy Ray Cyrus are still on TV, and still beloved.   The tween sitcom saga transformed Miley Cyrus’ life forever and won Dolly Parton oodles of young fan adorers.  Miley Cyrus has talent in her genes but she gets the ethic of hard work from both her parents.

Family relations aren’t the only ones who added to their acting resume on the Disney Channel megahit. People put together a montage of major stars who made appearances on Hannah Montana, just for some anniversary fun. Dolly Parton and dad may take the lead as country music elite, but more hopefuls are in line!

Everyone from Everybody Loves Raymond star, Ray Romano, two Ray Liotta, star of Goodfellas, grabbed a turn to share lines with Cyrus family relations.  Dr. Phil took a turn, too.  Did the TV psychologist ask Dolly Parton for advice, or was it the other way around? Jay Leno tried a departure from late-night comedy.  The Jonas Brothers and Selena Gomez showcase early talent during their Hannah Montana efforts.

Milestones are always worthy of remembrance, and Hannah Montana provided platforms to Dolly Parton and Miley Cyrus that thrive on the energy and spirit of the performers across generations.  That’s reason enough to be grateful, especially when they join in for “Jolene.”

Stay connected to Country Music Alley for the latest happenings with your favorite stars and the music they make!