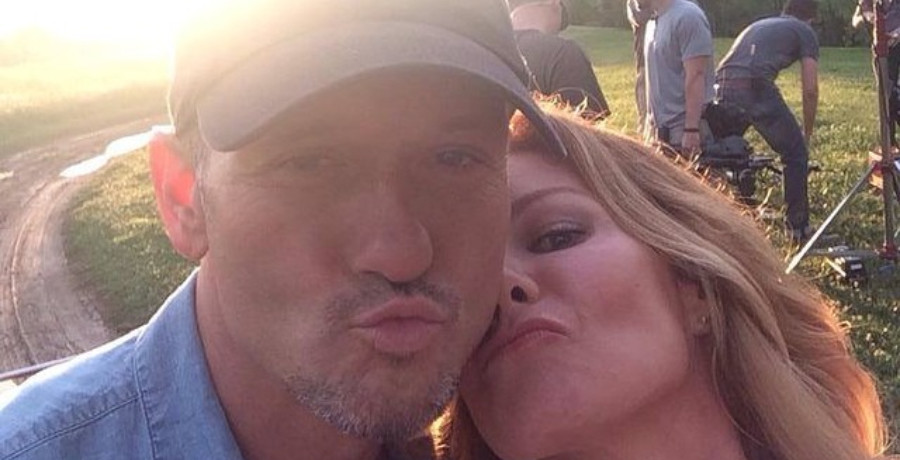 To call Tim McGraw and his ever-gorgeous, multitalented wife of nearly a quarter-century, Faith Hill, the premiere couple in country music royalty is no understatement.  Through multiple incarnations of their Soul2Soul tours and timeless duets from “Shotgun Rider” to “Let’s Make Love” and the subtle and lovely “Meanwhile Back at Mama’s,” the pair’s artistry and passion remain as fresh and fervent as on their first Spontaneous Combustion outing, where it all started.

Beyond industry success, perhaps the most remarkable accomplishment for Tim McGraw and Faith Hill is that both mom and dad made raising their three daughters, Gracie, Maggie, and Audrey their priority as they each soared toward career pinnacles.  Now, the proud parents look on and cheer as their talented, generous, and self-assured daughters take their own paths in life and pursue their passions.

Tim McGraw certainly relates to that yearning for independence and lifelong passion.  One of his best-loved tunes is “How Bad Do You Want It?,” after all.  With Father’s Day nearing, a few words from the famous dad are just what the doctor ordered for the special day, as a RADIO.com via MSN feature captures.  Don’t expect flowing poetry here– Tim saves those incredible, heartfelt words for birthdays and anniversary messages among the family.  McGraw sticks to the truth about the hard job of being a parent. Still, he never makes the choice to trade dad duty for the world.  The singer also shows that he may have seen Gone With the Wind a time or two.  He paraphrases Scarlett O’Hara in a perfect parenting sense!

“For dads,” Tim McGraw advises to “let mom lead the way.” Sometimes, the best support a father can give is to lift and support a terrific mom.  When McGraw was the subject of Oprah’s Master Class several years back, he dubbed himself “a hack” in comparison to the talents of Faith Hill, which are “so effortless,” or so she makes them seem.  “It’s like Aretha Franklin, Janis Joplin, and Bridget Bardot all rolled into one,” McGraw extols his wife.  Clearly, her gifts as a mother shine even more remarkably.

The “You Had to Be There” artist never holds back his emotion when the conversation turns to motherhood and “our three beautiful daughters having her for their mom.” Tim McGraw brushes back tears unashamedly.  The feeling is still palpable as the papa gushes “it’s a pretty cool thing, to have her for their mom.”

In contrast, dads have a different dilemma.  Tim McGraw declares without hesitation that “boy, you probably get 65% of everything wrong.”  Kids frequently feel the same way.  Fortunately, though, as Vivien Leigh’s Scarlett O’Hara speaks in the 1939 big-screen epic of Margaret Mitchell’s novel, “Tomorrow is another day,” and the same grace holds true for parents.

“It’s just a matter of making mistakes,” Tim McGraw openly confesses, adding “and trying to do better the next day.”  The artist reflects the same themes of determination and forgiveness in his book, Grit & Grace: Train the Mind, Train the Body, Own Your Life.  The effort is much more of a self-reflective journey of accountability than merely a self-help book on health, and McGraw’s faithfulness to the regimen is evident. Grace goes a long way in many directions.

Interestingly, another parenting essential comes straight from the heart of Tim McGraw.  The singer stresses that good parenting involves “kind of following your kids’ heartbeat.”  Judging by the acceptance, generosity, and altruism demonstrated by his daughters, the younger ladies learned goodness by example from home.  Gracie is not only an astounding singer on the rise, but she is also an ambassador for positive self-image, body acceptance, and inclusion through all of her endeavors. Middle daughter, Maggie, led the Nashville initiative through CMT for Feed the Frontline in 2020.  Audrey is the latest (and youngest) to leave the nest, now in NYC.

In a touching birthday salute, covered by Country Music Alley, both parents lavished love on the “lil punkin” who continues to be a “million-watt light in our lives” as Tim McGraw describes.  Mama Faith recalls how the girl who arrived 8 weeks early could never get enough of singing every Lennon- McCartney tune from Across the Universe.  Whatever Audrey’s future holds, her dad assures that she will always be “willing to listen and learn” and will lead with her “solid gold heart.”

Tim McGraw insists his daughters don’t take too much of his music to heart, but the message of “Humble and Kind” got to them somehow.

From the bus to the speaker’s podium

Speaking of “Humble and Kind,” the songwriter, Lori McKenna, admits on CMT’s I Wrote That that any song she writes prompts her to picture Tim McGraw singing it.  The monster ballad that became a social movement for McGraw and his followers started with Lori looking out her living room window and remembering her childhood. She always wants her children to know they are welcome at home.

“The song starts as a prayer,” McKenna explains, noting many of her songs begin the same way.  She reflects on how the phrases of finding a light on and a key under the mat evoke her own childhood.  The youngest of six siblings was cared for and guided by the older ones in her clan who “turned back around.” Just the memory brings the artist to tears. Lori McKenna praises how Tim McGraw made her song “big and bold and beautiful” beyond what she ever imagined.

Tim McGraw is likely praying to play to a few big audiences very soon.  In the meantime, the multidimensional artist is using his voice in another way.   On September 22, Tim McGraw is the kickoff speaker for the Florida Forum, as the Jacksonville Daily Record confirms.  The legendary Pittsburgh Steeler quarterback and sports broadcaster, Terry Bradshaw, follows on October 26.  Astronaut Charles Bolden concludes the series on November 17.

Parenting is certainly an out-of-this-world experience– one that no mom or dad can repeat once a child is grown.  Tim McGraw definitely knows how to throw a football.  In his own way, he has certainly touched the stars.  A few tips on raising daughters are a definite discussion possibility for newbie parents in the crowd.

Keep tuned into Country Music Alley for the latest on your favorite stars and the return to live music events!  Who do you most want to see this summer?  Leave a comment to let us know!

Maren Morris’ Tour Bus Is Far From Humble
Carrie Underwood Hearkens Back To Signature Style On New Tune
Jimmie Allen Puts The APB Out On ‘On My Way’ With Jennifer Lopez
Keith Urban Relies On Marital Devotion For Sobriety?
Kelly Clarkson Listens To Fans & Delivers — Here’s How