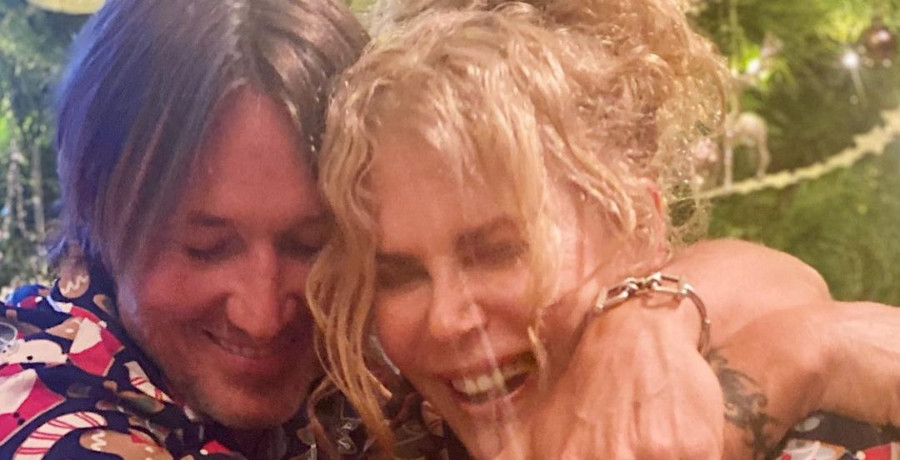 Guitar virtuoso and veritable country music hitmaker Keith Urban keenly understands the healing power of music.  Particularly through these pandemic days when the virus surges two steps ahead of heroic front-line healers, the New Zealand-born Australian singer-songwriter-producer creates songs as a balm to the spirit.  Through his own open spirit in collaboration, Urban also reminds every listener that there’s room for everyone at the table in the community of country music.

Keith Urban still remembers the sting of rejection from a talent show judge as a child.  He heard the admonishment to forsake country music and take another path.  Instead, he took the critique as fuel for his own “God-lit fire,” as he dubs in his new song “Wild Hearts,” released less than a full day ago, as Taste of Country confirms. The song is a battle cry to be your authentic self to any downtrodden soul tempted to give up or give in to settling for a prescribed pattern.

Speaking of wild things, Keith Urban is wild about his wife, Nicole Kidman, as the “holistic” healer, Masha, in Nine Perfect Strangers.  It’s fair to say that the devoted husband has no qualms about his gorgeous, acclaimed-actress spouse bringing this part home, as revealed by MogaznewsEn, E News, and the UK’s Daily Mail.

Music is truly medicine these days, and Keith Urban needed his own pep talk from a good friend to reframe his mindset and make the dynamic music of The Speed of Now Pt 1 last year.  Remarkably, Urban flourished with creativity during sheltered and quarantined periods. “Out the Cage” with Nile Rodgers and Breland sparked an even bigger fervor for the follow-up “Throw It Back,” still counting with its millions of YouTube views.

In contrast to the liquid courage featured in that song’s courage, “Wild Hearts” extols the courage straight from the heart.  With praise for the dreamers and the “wannabe rock stars” raising guitars in the air, the song also praises Keith Urban’s dad with “saw my dad stare” and the sight of the “man in black.”  Urban has fond memories of listening to his dad’s collection of Don Williams songs.  He also remembers that the Bee Gees held higher status than the Beatles for his folks.

Unquestionably, Keith Urban is king when it comes to crafting a singable tune. This super radio-friendly anthem births from the artist’s efforts with Eric Paslay, Brad Tursi from Old Dominion, and Runaway June’s Jennifer Wayne.  Kudos to all for the song that is bound to overtake every radio dial in no time!

A Russian accent proves impossible for Keith Urban to resist

Only last week, Country Music Alley reported that Nicole Kidman really never worries about Keith Urban’s reaction to love scenes involving her creative work, because, as an artist, “he understands all of that.”  She also confirms that her husband prefers to keep his distance until a project is all put together “as a show.”

Well, all of that likely is still true.  Nonetheless, there was one aspect of Nicole Kidman’s guru character that Keith Urban found utterly irresistible.  It started for the kids.

Nicole Kidman relates that when production on the Hulu series started, she stayed in character as Masha. She thought her daughters with Keith Urban, Sunday Rose, and Faith Margaret might enjoy the touch of mystery in their mom’s Russian accent.

As often is the case, the girls “really weren’t so interested.”  Their father, on the other hand, was completely captivated by the accent and his wife’s absorption into the character.  Nicole Kidman admits that Keith Urban gave her the notorious “anniversary lick” in salute of their 15 years in wedded love while her role was still in progress.  “Yeah, that’s us,” the actress confesses.  Clearly, Nicole and Keith are proud to be passionate as ever in their 50s!

“You gotta have spice,” Kidman insists of lasting marital love.  “Sugar and spice, right?” the star playfully but provocatively inquires on The Project talk show.  Although Sunday and Faith resist falling for the fantasy, it works fabulously for the parents, who show their “Wild Hearts” indeed!

Country Music Alley keeps you current on all the sweet and spicy happenings in the country music world you love!  Let us hear from you in the comments!