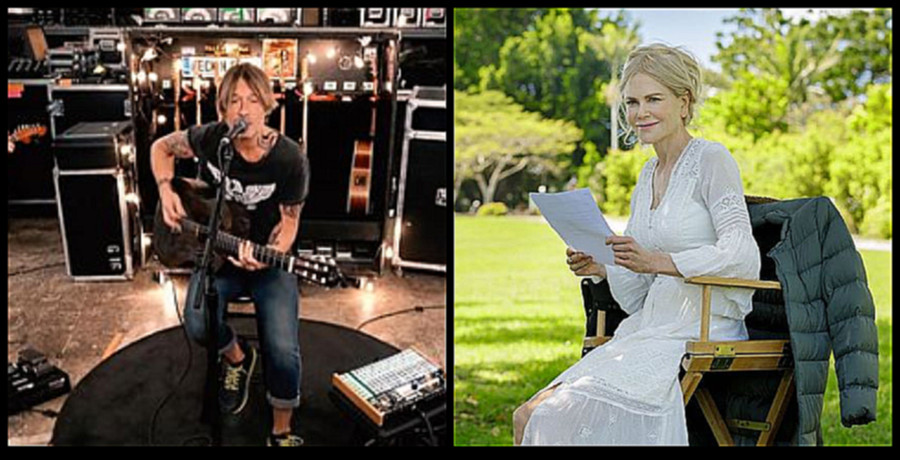 In so many ways, country music megastar Keith Urban and his acclaimed actress wife, Nicole Kidman, balance the demands of their roles in life.  Both feel passionate about their professions and strive to reach their audiences in meaningful ways, beyond attaining their numerous individual awards.  Kidman’s powerful portrayal of Virginia Woolf in The Hours garnered her Academy Award, not to mention her multiple Golden Globe trophies.

When it comes to career milestones, Keith Urban considers his 2005 CMA honors as Entertainer of the Year, along with Male Vocalist, to be markers of his “acceptance in Nashville,” as Country Music Alley noted in December.  His recognition for the same honor in 2018 truly solidified his status and respect within the industry.  Nonetheless, no amount of glistening hardware offers the same fulfillment as a genuine hug from someone at home.

Parenting, professions, and passion as partners

Attention to the family, hearth and home take precedence in the Kidman-Urban extended family.  The couple spent much of their pandemic lockdown in Australia with Nicole’s mother and sisters, hoping to limit the sense of isolation for their girls, Sunday Rose, 13, and Faith Margaret, 10.  The fiercely protective parents, however, relish special family occasions, and delightfully celebrated Sunday’s 13th birthday in a rainbow of colors and a decadent chocolate cake!   Parenthood is far from playing a part for Nicole Kidman and Keith Urban. As mom and dad, each parent shifts commitments to ensure that one parent is always with their girls.

Not surprisingly, many fans agree that the real-life sizzle and chemistry evident between Keith Urban and Nicole Kidman blazes brighter than anything created on a film set.  After 15 years, the pair certainly verifies that the furnace remains lit.  Proclamations like those in “Gemini” are impossible to refute. On the other hand, Nicole Kidman insists that when it comes to what she does in a script, her devoted husband, Keith Urban chooses to stay blissfully unaware, as Hollywood Life and MSN per People convey.

As it happens, Nicole Kidman’s steamy scenes with some handsome leading man never get under her “Who Wouldn’t Wanna Be Me” husband’s skin at all.  The Undoing star sums it up perfectly.

“My husband is an artist, so he understands all of it, and he also does not get involved,” Nicole praises.  Whatever her endeavor, “He sees the show at the very end when it’s a show,” with final edits complete, Kidman asserts.  At that point, Keith Urban possesses “fresh eyes,” his wife asserts.  Until then, the “Polaroid” singer has no clue of the surprises coming in each scene.

“He doesn’t read any script,” Nicole Kidman assures.  In fact, the working wife and mother assures that “he really doesn’t know what’s going on on the set.”  In the case of this high-profile couple, the use of the “need-to-know” basis for sharing information works best.

Keith has lots to keep him busy

“He’s got his own career that he’s completely absorbed in,” Nicole Kidman proudly attests.  With a playful laugh, Mrs. Urban offers that, “He doesn’t know much about what I’m really doing.”

It’s no wonder that Keith Urban has no time for extra reading.  The uniquely energetic string wizard prepares to resume his Las Vegas residency at Caesar’s Palace next month. The versatility of the venue at the Colosseum enables both Keith Urban and his fans to share the experience of an arena show, a theater show, and an intimate gathering all at once.  High-production elements help to create the magic.

Honestly, Keith Urban describes that he didn’t think “a boy from Brissy” as he offhandedly relates himself, stood a chance with Nicole Kidman.  In contrast, what he didn’t know is that Nicole yearned to talk with him ever since she passed on her number through a friend.  It took four months for the man who shares his heart in song to muster the courage to make the call.  Nicole answered, and the rest is history.  The lovebirds immediately felt at ease with one another, as though they grew up together.

After an in-person meeting at G’Day USA in early 2005 and months of cozy calls, Keith Urban design the most romantic, real message of love ever created, without a word, or much notice.  He camped out on Nicole Kidman’s New York stoop, holding a bouquet of her favorite flowers, gardenias.  It was 5 AM, but this time, the hour never mattered.  Nicole Kidman already knew that “this was the love of my life.”  Within minutes, Keith swept Kidman up on the back of his motorcycle for an impromptu trip to Woodstock. She never looked back.

On that unexpected morning, Keith Urban granted Nicole’s unspoken, sacred wish of “This is the man I hope I get to marry.” The dearest lines of the heart are written in the stars and spoken only in prayers.  After all, Keith Urban reminds us all that “God Whispered Your Name.”

Keep up with the happiness and all the happenings in the country music world with Country Music Alley!