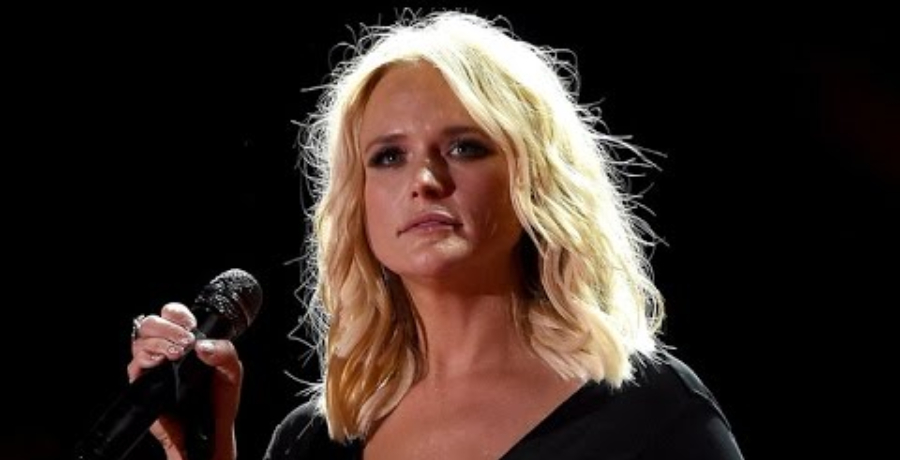 Miranda Lambert had fans wondering if she was crying on New Year’s Eve. The country singer took to Instagram to share her new look. The “Bluebird” singer wanted to make a grand entrance in 2022. While most people watched the ball drop, some of the biggest names in country music performed on New Year’s Eve Live: Nashville’s Big Bash.

Miranda was one of the artists who took to the stage. Other performers included Blake Shelton, Gabby Barrett, Jimmie Allen, Kelsea Ballerini, among others. They took over Music City to ring in the new year. Miranda shared a glimpse at her outfit before performing live at her new bar, Casa Rosa.

On Friday, December 31, 2021, Miranda shared a photo of herself with a huge glass of red wine. She wanted to give a toast before her big performance. Miranda was decked out in a navy blue and silver cowgirl outfit, which featured fringe tassels and embroidered stars.

Fans flocked to the comment section to share their thoughts on her New Year’s Eve look. Some of them were stunned over her outfit. They thought it was fitting for the Nashville venue. Others complimented on both her beauty and her new look.

Was the country singer crying before the show?

However, one fan couldn’t help but wonder why Miranda’s eyes looked so sad. They noted that she looked like she was crying before taking to the stage. “It looks like Miranda’s crying,” they wrote in the comment section. A second fan asked, “where’s hubby? [SIC]” while a third one added, “I’m wondering if they broke up?”

They were referring to Miranda’s husband Brendan McLoughlin. They were last seen together at the CMA Awards in November 2021. Yet, fans couldn’t help but speculate about their marriage in the comment section. One wondered if Miranda’s hectic touring schedule got in the way of their relationship.

Other fans took the thread to debunk the rumors. One user said they saw Miranda and Brendan together “at the George Strait concert in Vegas 2 weeks ago.” Another recognized them “at a grocery store last week.” Miranda and Brendan rarely share their life on social media. It’s possible they want to keep their relationship to themselves.

What are your thoughts on Miranda Lambert’s New Year’s Eve look? Did you watch her performance last week? Do you think there’s trouble in paradise for Miranda and Brendan? Sound off below in the comment section.