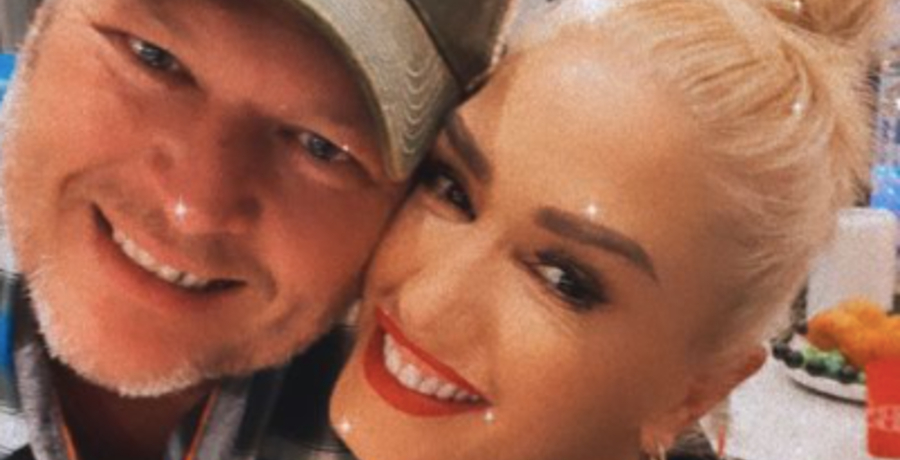 Gwen Stefani didn’t believe that her relationship with Blake Shelton would last. The country singer shared the details about his marriage to the No Doubt singer. They’ve been making headlines for their public displays of affection. In July 2021, Blake and Gwen finally said “I do” at his ranch in Tishomingo, Oklahoma.

It was a long journey to get down the aisle. However, Gwen didn’t believe they would last forever. She couldn’t see the future ahead of them. Yet, Blake wanted to prove her wrong. Read on to learn why and for more information.

In a new interview with People, Blake Shelton spoke to Country Countdown USA host Lon Helton. He divulged about his public relationship with Gwen Stefani. When they first dated, she didn’t believe that their relationship would last. Gwen shared her fears with the country star.

“I think Gwen thought when we first dated seeing each other that it was just gonna be a moment in time because of that,” Blake Shelton said.

The “God’s Country” singer admitted that he fell in love with Gwen Stefani and her sons. Gwen Stefani shares three sons, Kingston, Zuma, and Apollo, with her ex Gavin Rossdale. She had a feeling that her baggage would push Blake farther away. Yet, he wanted to step it up and become like a father to them.

“My dad did it. My dad raised me. I could do this. I didn’t know what I was signing up for, but I was all about signing up for it. And every day, I’ve fallen in love with the boys as much as I do with Gwen.”

Blake knew he had to prove Gwen Stefani wrong. He wanted to show her that he was around for the long run. The nine-time Grammy Award nominee wasn’t as concerned about their future. Since he’s achieved so much success in his career, he knows that the inevitable end of his career is near.

Being with Gwen Stefani has shifted his priorities. Blake realized that there’s more to life than his music career. He realized that he wanted to focus more on her family. He explained that Gwen had some influence on him when it came to both family and faith.

“You gotta get some life in there, and by marrying Gwen, I’ve married into a family. She’s got three boys … and all of a sudden you go, there’s other stuff.”

What are your thoughts on Gwen Stefani thinking they wouldn’t last? Are you surprised they lasted this long? Or, did you have hope for the couple? Sound off below in the comment section.

Kelly Clarkson Listens To Fans & Delivers — Here’s How
Maren Morris’ Tour Bus Is Far From Humble
Blake Shelton Headlines 2 Major Events, See What
Miranda Lambert Voted One Of Most Influential People 2022
Jimmie Allen Puts The APB Out On ‘On My Way’ With Jennifer Lopez