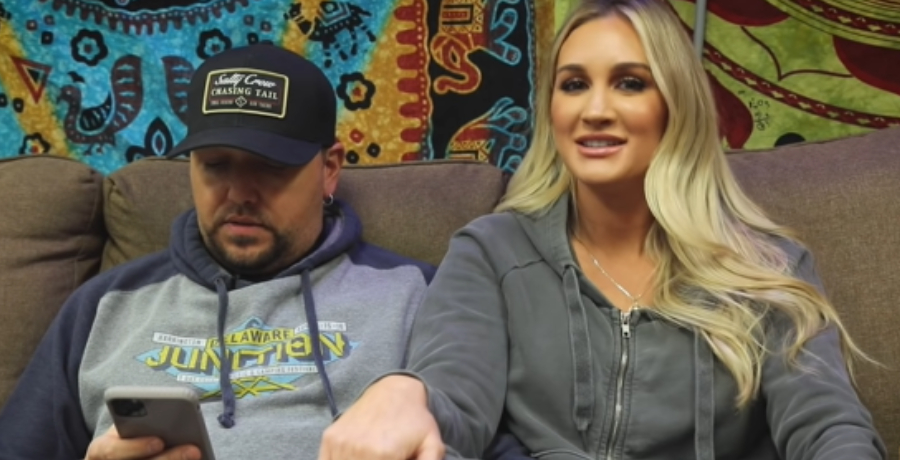 Brittany Aldean got attacked but she held her ground. As Country Music Alley reported, Maren Morris and Cassadee Pope dragged her on Twitter. This came after her Instagram post which caused controversy among country music fans and lovers alike. Brittany shared a clip of her transformation that turned her into a beauty.

However, she got called “Insurrection Barbie” by one of her fellow artists. Brittany took it as a compliment. Her Instagram post sparked an online debate about transphobia in the country music industry. She continues to defend herself and says that she will continue to speak up about her beliefs.

Why Brittany Aldean has people outraged

Last week, Brittany Aldean caused a reaction when she shared an Instagram clip of her looks. The clip started with the blonde beauty looking a little basic and tired in just a white robe. She sported a makeup-free look, which she wasn’t feeling crazy about. Brittany shook her makeup brush at the camera and transformed herself into a glammed version of herself in an emerald green silk dress.

“I’d really like to thank my parents for not changing my gender when I went through my tomboy phase,” Brittany Aldean captioned the post on Tuesday, August 23. “I love this girly life🤎✌🏼.”

Her husband Jason Aldean jumped into the comment section to support his wife. He wrote: “Lmao!!! I’m glad they didn’t too, cause you and I wouldn’t have worked out 😂.” Cassadee Pope and Maren Morris shared their thoughts on her Instagram post.

“You’d think celebs with beauty standards would see the positives in including LGBTQ+ people in their messaging,” Cassadee tweeted on Friday, August 26. “But instead, here we are, hearing someone compare their ‘tomboy phase’ to someone wanting to transition. Real nice.”

Maren jumped into Cassadee’s Twitter with the following sentiment: “It’s so easy to, like, not be a scumbag human? Sell your clip-ins and zip it, Insurrection Barbie.”

Brittany Aldean fights back at the haters

On Sunday, August 28, Brittany admitted that she will continue to speak loudly about her “beliefs” on social media. She doesn’t care about the hate she’s gotten in the past few days. The reality star said she’s not backing down.

“If you are silent about your beliefs because you’re worried someone will be offended, then your beliefs are not that important to you but rather what people think about you is,” Brittany Aldean shared in a post originally written from Robby Starstruck. “When you stand up for what’s right and what’s true, you will receive both hate and love, but everyone will know what you’re fighting for.”

Check back with TV Shows Ace for more news on Brittany Aldean.