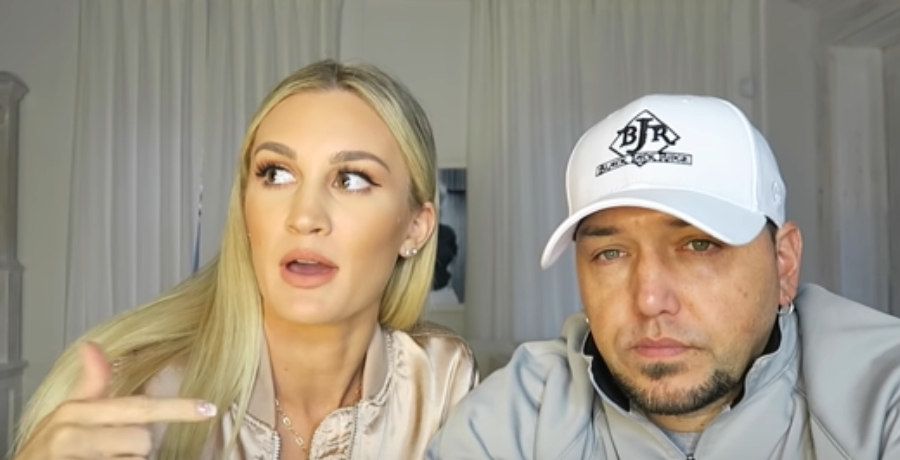 Maren Morris and Cassadee Pope dragged Brittany Aldean on social media. Jason Aldean’s wife shared a comment on Instagram that sparked a debate among country music fans. Jason showed his support for his wife. However, the country singers fired back at Brittany on their own social media pages, igniting a war. Find out what happened and see what they have to say on the matter.

Brittany Aldean supposedly shared her thoughts on gender identity on social media. Earlier this week, she took to Instagram to share a makeup tutorial. She revealed that she was a tomboy when she was younger. Brittany compared her experience to young people who are confused about their gender identity.

“I’d really like to thank my parents for not changing my gender when I went through my tomboy phase,” Brittany wrote on Instagram on Tuesday, August 23. “I love this girly life🤎✌🏼.”

Jason took notice of her Instagram post and shared his support. He wrote: “Lmao!! I’m glad they didn’t too, cause you and I wouldn’t have worked out. 😂” The video is still up on Brittany’s Instagram. Most of her friends and fans shared their support. They loved her look and her caption, finding it humorous.

Fans even took to the comment section to share their thoughts. One user said her post had “The best caption,” while another said she looked better without makeup. There was no alternative reaction to her post. It’s probably because comments have been limited.

In the video, Brittany transformed herself from a makeup-free mom of three who looked unpleased in her white robe. She shook her makeup brush at the camera and showed off her transformation. Brittany wore an emerald green silk dress with a statement necklace and a full face of makeup.

Cassadee Pope and Maren Morris revealed that they’re less than impressed. They took to Twitter to sound off on Brittany Aldean’s Instagram post. Both of the country ladies agreed that it was offensive to the LGBTQ+ community. The Voice alum was the first one to share her thoughts.

“You’d think celebs with beauty brands would see the positive in including LGBTQ+ people in their messaging,” Cassadee tweeted. “But instead here we are, hearing someone compare their ‘tomboy phase’ to someone wanting to transition. Real nice.”

Maren Morris chimed in and wrote: “It’s so easy to, like, not be a scumbag human? Sell your clip-ins and zip it, Insurrection Barbie.”

Both ladies got backlash for their social media posts. Country music fans slammed them for going after Brittany Aldean. Others argued that they shouldn’t make everything political. The ladies are standing by what they said.

Meanwhile, Brittany Aldean also doubled down on her previous statement. She posted a screenshot of Maren’s tweet on her Instagram Story with the caption, “Karen Morris, thanks for calling me Barbie.”

Brittany followed up with a lengthy statement she tagged Cassadee in but later deleted. She called it “wrong” to put kids through hormone blockers and gender reassignment surgery. The singer also called out the “evil” treatment and argued that it shouldn’t be considered healthcare. Brittany then explained that kids shouldn’t transition until they’re 18 years old.