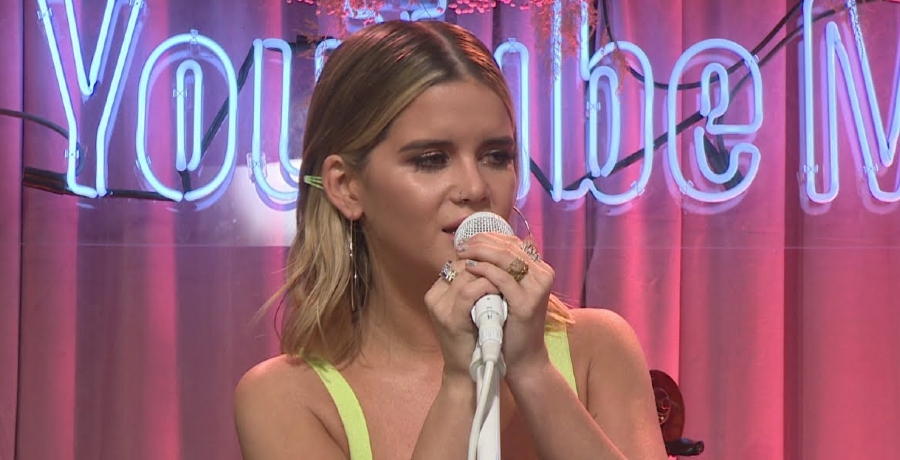 Maren Morris showed more skin than ever in a tiny zebra bikini. The country singer shocked fans when she shared a photo of herself soaking up the sun. Earlier this week, Maren made news for her performance at Walt Disney World. She will appear in the upcoming Christmas special.

“The Middle” singer teased the big news with her followers and fans on social media. She enjoyed her break at the “Most Magical Place on Earth.” The songstress still enjoying her downtime amid her Humble Quest tour. Read on to learn more and to see the hot bikini photos.

Maren Morris loves to share bikini photos on social media. The mom of one defended her right to show off her body. On Wednesday, November 16, Maren posted a carousel of photos of herself in a black-and-white zebra bikini. The little suit showed off her taut tummy and lean legs.

In the first photo, Maren Morris puts her arm to her head as she looks over to her right. She paired the little bikini with sunglasses. In another photo, she shared a shot of her black-painted toes as she enjoyed the beautiful scenery in front of her. The third and final photo is an up-close shot of Maren’s bikini body.

She coyly smiles at the camera as she lounges back on her chair. Maren Morris wore a dainty gold body chain that went all the way down her cleavage and flat stomach. She also showed off her brown tortoiseshell glasses, but her fans may not notice. The singer topped off her look with a nose ring, hoop earrings, and peach-contoured lips.

It also broke records for the most first-week streams on Amazon Music by a female country artist. The album’s lead single “Circles Around This Town” became Gold-certified. Maren Morris lost it on Twitter over the news of her Grammy nominations. She shared a clip of her nods along with the caption: “WTF?! Thank you, [Recording Academy]!”