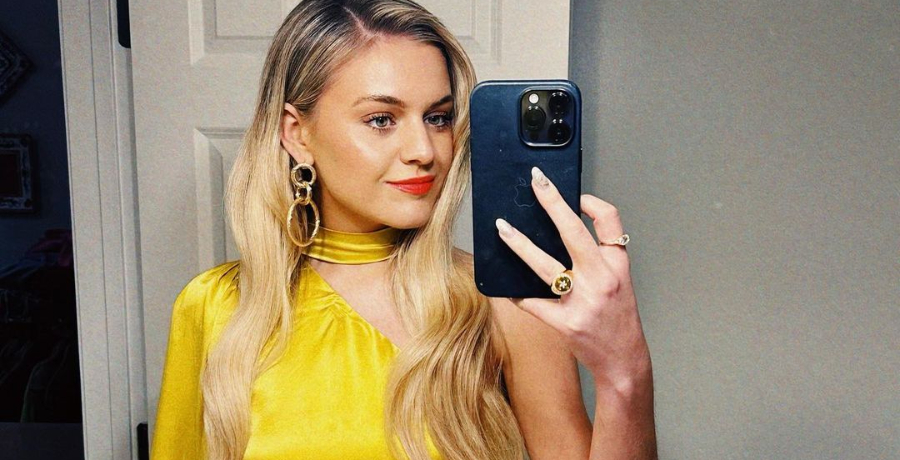 Emotional Kelsea Ballerini sparked concern in viral videos. Now, fans are rallying around her. It’s been a tough few months for the country singer who finalized her divorce from Morgan Evans. In August, she announced their split on her Instagram Stories.

The “Heartfirst” singer has openly expressed her emotions ever since. She shared an intimate TikTok video of herself crying in the bathtub. Kelsea broke down in public once again. This time, it was about her career. Read on to learn more and to see the fan reaction.

Breaks down crying over career news

The 29-year-old is feeling emotional over her latest career news. Kelsea Ballerini received the news that her new album Subject to Change received a Grammy nomination. She was overcome with emotion over her most honest album to date. This isn’t the first time she’s received a Grammy nod.

Kelsea got a nomination in 2017 for Best New Artist and in 2019 for Best Country Album. Her latest nomination is for Best Solo Country Performer. Kelsea shared an emotional video on Instagram. She caught the news while she was at a restaurant with her friends.

Kelsea wore a black and white plaid jacket. They all screamed when they saw the news on the television screen. Kelsea buried her face in her hands and bent over the table, crying. She couldn’t believe that her track with an inspirational message received a Grammy nomination.

the song about following your heart no matter where it leads just for nominated for a GRAMMY. couldn’t be more cosmic. here’s to always jumping right in baby with your heartfirst. 🥹🤍😭 pic.twitter.com/hSdHxAIUga

“the song about following your heart no matter where it leads just for nominated for a GRAMMY,” Kelsea Ballerini wrote in her Instagram post. “couldn’t be more cosmic. here’s to always jumping right in baby with your heartfirst. 🥹🤍😭”

Fans took to the comment section to rally behind her. They assured her that it was well-deserved. Some of them were crying alongside her. One fan wrote: “”YASSSSS KB!!!!!!!! Im cryinngg! So so proud of you, and so well deserved! 🥂🥂”

Some of them credited the singer for being so courageous with her music. Another fan wrote: “Aw sweet girl! The best reaction 💗💗 YOU ARE SO BRAVE and I admire your strength. ❤️❤️❤️ always lead with your heart first. 💛💛💛” It’s an important message for those who aren’t sure about following their heart.

This news comes fresh off Kelsea Ballerini’s appearance at the 56th annual Country Music Awards. She appeared on stage alongside Kelly Clarkson and Carly Pearce in their performance of “You’re Drunk, Go Home,” which is also on Subject to Change. Kelsea wore a daring strapless denim dress, which she paired with blue and yellow floral print thigh-high boots.

She made many dress changes that night. Kelsea Ballerini fans are so excited for her and will be rooting for her to win at the 2023 Grammy Awards. What are your thoughts on the emotional singer getting support from her fans? Sound off below in the comment section.