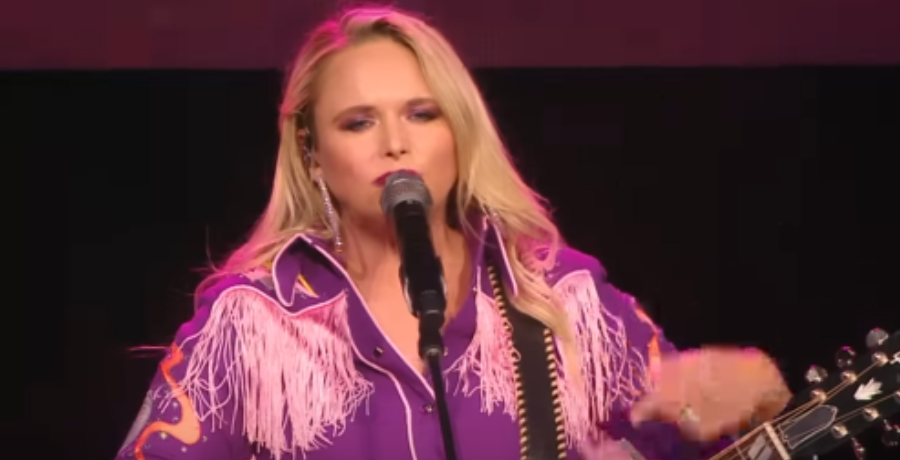 Fans are rallying around Miranda Lambert after a disappointing CMAs. They’re hoping that she can sweep the 2023 Grammys. As Country Music Alley previously reported, Miranda attended the 2022 Country Music Awards with her husband Brendan McLoughlin. She wore a slinky pink silk evening gown that featured a black lace overlay.

On November 15, the Recording Academy announced the nominations for the upcoming 65th Annual Grammy Awards, which will take place on February 5, 2023. Although it’s not the new year, fans are already buzzing about the event. Miranda received four nominations for her new album Palomino. Fans are holding out hope that she’ll win big.

The country superstar was celebrating on a Tuesday. Miranda Lambert took to social media during the news of her Grammy nominations. She shared a photo of herself in a denim button-down shirt that featured rhinestone fringe. Miranda paired the look with a black wide-brim hat and a turquoise necklace.

“Well, this is a Tuesday mornin’ I can hang my hat on!!” Miranda Lambert wrote in the caption of her social media post. “I’m so honored to be nominated with some of my best friends. Can’t wait to celebrate country music together. And a big congrats to all the nominees. Giddy up it’s Grammy time!”

Well this is a Tuesday mornin I can hang my hat on!! 🤠I’m so honored to be nominated with some of my best friends. Can’t wait to celebrate country music together. And a big congrats to all the nominees. Giddy up it’s Grammy time! pic.twitter.com/VcYrK1vjHw

Fans rally around the country singer

Miranda Lambert got support from her fans after the nominations. They’re hoping that she will sweep the Grammys since she didn’t win big at the 2022 CMAs. Even though she was nominated 14 times over the span of her career, she left the awards ceremony empty-handed.

Some fans think she should’ve won Entertainer of the Year. They took to her Instagram post to share their support for the country superstar. “Maybe you’ll rack up here like you should have at the CMAs,” one fan wrote. “You deserve every award that comes your way,” another fan noted.

“Congratulations!! You deserve every award you get!!! Love your music!” a third fan added.

What are your thoughts on fans rallying around Miranda Lambert after a disappointing CMAs? Do you agree that she should sweep the country genre at the Grammys? What do you think of her losses? Sound off below in the comment section.