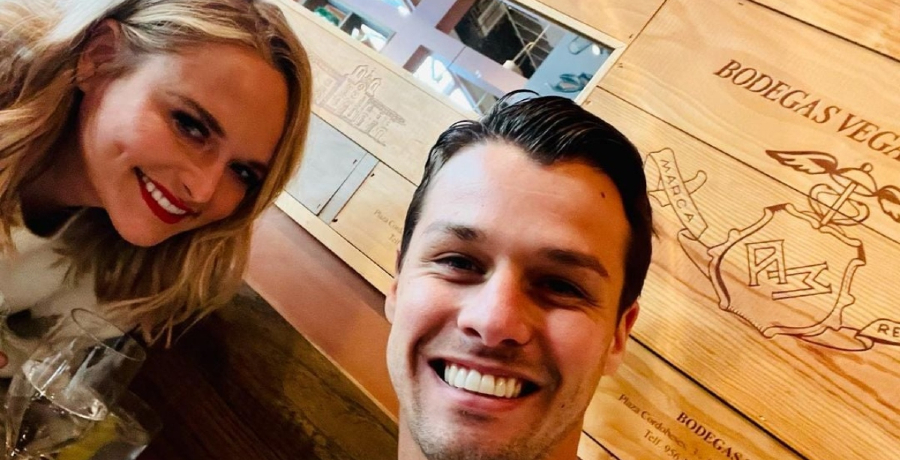 Miranda Lambert and her husband Brendan McLoughlin gave back on Thanksgiving. Most first responders spent the day working in Nashville. The couple wanted to do something thoughtful and kind. They used Miranda’s new bar to serve first responders. Keep reading on to learn more.

In March 2021, Miranda Lambert announced her plans to open Casa Rosa, which she calls “a little Texas in Tennessee.” On Tuesday, May 25, the country superstar opened her bar with a party that included her friends and family. They enjoyed drinks, karaoke, and live performances. Some of the star-studded guests included Ashley McBryde, Ashley Monroe, Angaleena Presley, Caylee Hammack, Lainey Wilson, and Lindsay Ell.

At the time, Miranda Lambert took to social media to announce the bar’s official opening. The bar and restaurant were created in partnership with TC Restaurant Group, which also fronts Jason Aldean and Luke Bryan’s Broadway bars. Miranda is the first female country singer to have her own bar on Broadway.

She joins a long line of male country musicians, such as Blake Shelton, Dierks Bentley, Florida Georgia Line, and more. Miranda wanted to make sure that her bar had that girly touch. You can expect a lot of pink when you walk in there. She wanted to make it a place where women can enjoy a girls’ night out and drink their favorite cocktails. She also has her favorite drinks and foods on the menu.

This is something I never thought I’d say, but… I’m releasing a book!!!! ‘Y’all Eat Yet?’ is a collection of recipes and stories from my pretty bitchin kitchen to yours 💕

Miranda Lambert put her bar to good use on Thanksgiving. Per a report via OutKick, she served first responders along with her husband Brendan McLoughlin. Casa Rosa opened its doors on the holiday with a freer meal for those who were on duty. The bar typically serves Tex-Mex, but it changed up its menu on Thursday, November 24 to include a full Thanksgiving meal with all of the fixings.

The feast was available to any on-duty EMT, fire, or police officer who enters the establishment. As fans already know, Brendan is a former NYPD police officer. He was on duty when he first met the Texas native in late 2018. Earlier this week, Brendan took to Instagram to show support for Miranda Lambert’s thoughtless act by announcing Casa Rosa’s giveback service.

Casa Rosa is open on the holiday with a free meal available for those on-duty.https://t.co/H3IxLm2Hap

He noted that it’s difficult for many first responders to miss out on the holiday with their families. This puts them in a difficult place. Brendan and Miranda wanted to make their holiday a little more enjoyable by paying it forward. They wanted to offer a free meal at Casa Rosa as their way of saying thank you for their service.

What are your thoughts on Miranda Lambert and Brendan McLoughlin giving back on Thanksgiving Day? Do you think it was kind of them? What did you do for Thanksgiving? Sound off below in the comment section.