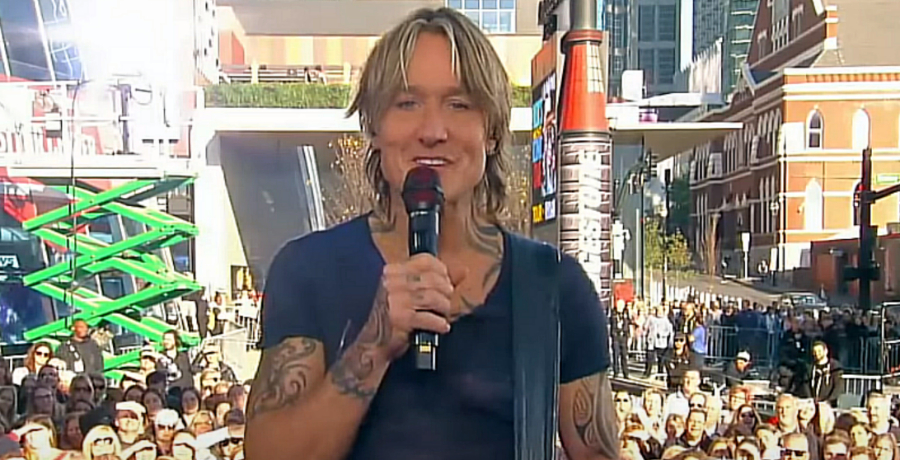 Obviously, music flows as effortlessly from the heart, soul, and extremely gifted fingers of country music string master, Keith Urban, as taking his next breath. Equally apparent is his endless devotion to his wife of 17 years, Nicole Kidman, and their daughters, Sunday Rose and Faith Margaret. One artist has many dimensions and Keith Urban probes into all his passions with unquenchable gusto.

Not surprisingly, Keith Urban’s roster of friends includes everyone from Breland to Barry Gibb with buddies like Tim McGraw and Brad Paisley thrown in the mix. With the unexpected passing of Jeff Beck this week, as Taste of Country notes, the Blue Ain’t Your Color hitmaker bore his heart openly, both as a musician and a genuine and awestruck fan. Regardless of genres or labels, talent is talent and the genius of artistry resonates above all. Whether it’s Johnny Cash or the Yardbirds’ guitarist, certain talents only come once in a generation.

More than admiration from Keith Urban

“I was shocked and saddened to hear that Jeff Beck had portaled into the next realm,” Keith Urban reflects, with sentiment Jeff Beck would mirror, considering his very 60s mentality.

Furthermore, “It’s impossible to label or frame his gift, his music, his ART,” Keith Urban stresses tenderly. The 55-year-old Aussie-American and New Zealand citizen emphasizes that Jeff Beck’s indefinable but undeniable artistry transformed “not only guitarists, but all kinds of musicians, and music lovers around the world.”

God bless you Jeff. Thank you for your light. RIP brother. pic.twitter.com/hGWcrDk3pn

Buoyantly, Keith Urban deems Jeff Beck as “one of the few faces on the Mt. Rushmore of guitar players.” Incomprehensibly, Led Zeppelin’s Jimmy Page and guitar “god” Eric Clapton also incubated and emerged from the fertile musical hothouse within the Yardbirds. Very likely, a musical trio of that caliber never will be harvested from a single band again.

Reportedly, Jeff Beck recently contracted a case of bacterial meningitis that precipitated his death at 78.

Keith Urban and Nicole Kidman’s girls are sprouting up

Without a doubt, Keith Urban and Nicole Kidman’s daughters have artistic gifts pulsing through their veins. Now, it seems, both Sunday Rose, 14, and Faith Margaret, 12, resemble the statuesque figure of their mother, as Hello! Magazine notes. Both girls are just a bit shy of matching their mom shoulder to shoulder.

Customarily, Keith and Nicole spend the holidays in Australia with family. This year’s Yuletide adventure included a visit to the kebab shop, a day at the beach, and private jet travel. While this appears like the usual celebrity jaunt, the Urban-Kidman crew thrives just as much on the wilds of their animals at the ranch as they do on the luxury life.  As it happens, both Keith Urban and Nicole Kidman grew up experiencing their share of hardship and hard work in their youth, and the parents surely pass those life lessons along to their daughters.

Already a busy and booked 2023

Country Music Alley carries country music fans through the full, real-life love story of Keith Urban and Nicole Kidman, from Keith waiting on her front stoop with a bouquet of gardenias to their growing family.

Naturally, beyond their roles as devoted parents, Keith Urban and Nicole Kidman manage very booked calendars. Keith already has his 2023 Las Vegas residency locked in to start in March, and Nicole joins Morgan Freeman in the upcoming espionage series, Lioness, from Yellowstone creator, Taylor Sheridan. The project stars Zoe Saldana and certainly seems to be another lock on drawing fans into an intriguing storyline.

With love, faith, and loads of talent, lots of things are possible. Keep track of Keith Urban and all your favorite country stars with Country Music Alley. Shout out in the comments if you are excited about 2023 with Keith Urban.