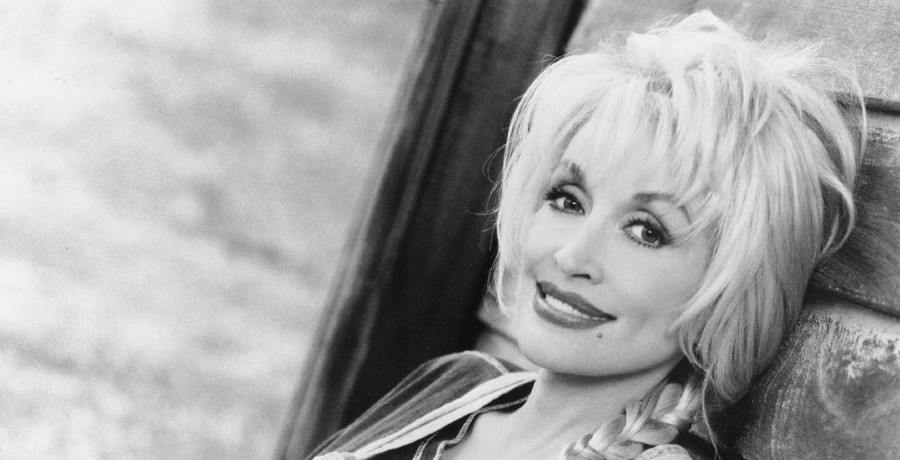 Above and beyond her endless catalog of songs, Dolly Parton is widely loved for her lesson in life.  One of the lessons the country music marvel holds most dear is that the things that matter most in life, like love, faith, hope, and laughter don’t come with price tags.  Music is a treasure that flows freely for Dolly Parton, so much so that the singer-songwriter long ago lost count of exactly how many songs she’s written.

She only estimates that the number is somewhere between 3000-4000 since her girlhood debut with “Little Tiny Tassletop,” with her mother rushing to write down the words.  The hardscrabble days of her family’s life and their boundless resilience in the Smoky Mountains became fodder for beloved classics.

When it comes to the abiding love in her marriage to Carl Dean, many Dolly Parton fans and admirers scour astrological charts and sometimes scintillating headlines for the secret to the bliss the two have maintained in marriage for almost 55 years.  Just like the lessons Dolly takes from her roots, the roots of love run deep on laughter, fun, and freedom that money can’t buy, as the song legend discloses in a Showbiz CheatSheet feature.

As for astrological signs, Dolly Parton is the first to say that she’s led by faith and her spiritual intuition above all else.  She trusted her heart far more deeply than her record label when people in charge discouraged her from marrying Carl Dean so early in her career. She does admit, though, that she and her husband fall under different stars in some respects.

“I’m a mountain goat, a Capricorn” Dolly Parton says in an ET interview from several years back.  “I always want to climb up and be on the way to somewhere. I’m the gypsy.”  On the other hand, her husband is a Cancer.  “He’s kind of a homebody and a loner,” Parton relates.  Call it divine providence or destiny, this pair is in it for the duration.

The couple who laughs together, loves together, according to Dolly Parton.  The 75-year-old national treasure recently joked about Botox being the secret of her happy appearance.  In truth, the “Love Is Like a Butterfly” singer only needs to look to her living room to find the best comic sidekick ever.

Dolly and Carl both share a robust sense of humor, so much so that the “Two Doors Down” artist declares that anyone “would roll on the floor if you saw us together.”  The couple doesn’t leave it at one-liners, they do full routines “without even realizing that we’re doing them,” Dolly Parton insists.  “We’re both very funny and very quick,” the superstar spouse explains in her book Songteller: My Life in Lyrics. There’s no hiding the natural chemistry. “Sometimes, we just laugh so hard,” the ageless bride reveals.  No injection brings that kind of magic.

Dolly Parton with her husband Carl Dean.
They’ve been married since 1966. pic.twitter.com/w01P6ZsbR0

Love means freedom and devotion to Dolly and Carl

On May 30, Dolly Parton and Carl Dean celebrate 55 all years of devoted marital bliss.  It’s been nearly 57 years since Carl Dean met Dolly Parton outside the Wishy-Washy laundromat shortly after she arrived in Nashville.  Thank goodness, the asphalt contractor made the courageous move to ask her out, changing their lives and music history, too.  Unlike her professional “damn-near” marriage with Porter Wagoner, fraught with tension to offset her gratitude, Dolly Parton details how freedom plays a part in the long-term success of her bond with Carl Dean.

“I don’t choke him to death, saying do this or don’t do that,” Dolly Parton advises. “We love our freedom.”  During her virtual sit-down with Gabby Barrett last September, Parton reminded the then still-newlywed that “There’s such a thing as a sensible separation,” including just a while in separate rooms at times.  A little time to turn down the emotions makes talking things out easier, and “that’s where the love comes in,” Dolly Parton gently relates.

Taking to the road in a different way

Most Dolly Parton fans are keenly aware that Carl Dean hates the spotlight.  He likely prefers a bath in hot lava over having a single paparazzi shot see the light of day.  Dolly lovingly shields him from the public glare that made itself a fixture from the start of her career.  The quick-witted Parton almost fooled the audience at her 2019 Grand Ole Opry 50th Anniversary celebration.  “There’s my husband,” she joshed, just before confessing “No, he’s not here.  He’s home watching the game.”

Dolly Parton’s good friend, the late Mac Davis, recalls being buddies with Carl Dean on the road with Dolly in the early 70s.  “He’s just a really cool dude,” Davis raves in the Time-Life anthology.  The recollection puts to rest the rumor that Carl has never been on the road with his wife.  He actually loves taking to the road in their own special, quiet style.

One of the favorite ways of maintaining the “peaceful” life between the two lovebirds is frequent getaways in their cherished “little camper.”  They make a day trip of sightseeing. Sometimes, Dolly packs a picnic lunch of their favorite foods.  Their spontaneity ensures that the two “don’t complicate our lives” and never overthink too much.

Most of all, adventures of their own making keep Dolly Parton and Carl Dean best friends,” and they both value each other as priceless. Becoming “great friends” over a lifetime is genuinely the secret of happiness.

Country Music Alley keeps you connected to all your favorite music and stars in the country music stratosphere– check-in often!