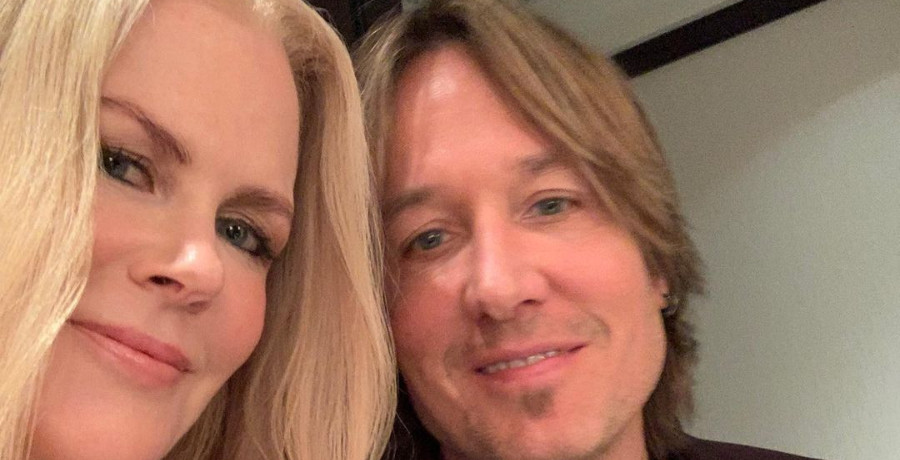 A 13th birthday is a memory that lasts for a lifetime, and for Nicole Kidman and country music guitar maestro, Keith Urban, the reality is all the more true.  For her doting parents and their followers alike, it seems unfathomable that 13 years fly by so quickly since the birth of Sunday Rose Kidman-Urban.  The oldest daughter of the Oscar-winning, acclaimed, and socially-conscious mom and the exuberant, hit-making dad is officially a teenager now.  By all appearances, as per the UK’s Daily Mail and Hello! magazine, Sunday’s big day calls for an all-out bash and big expressions of love as Keith and Nicole’s daughter continues to grow into a lovely young lady.

In the space of a few days, Keith Urban and Nicole Kidman embrace the full spectrum of human and family love. While most fans adored the saucy lick on Nicole’s neck from her husband in salute of the 15th wedding anniversary of the couple, a few found the passionate display to be a bit too much.  Keith and Nicole are never shy about showing their affection and physical pleasure in one another.  The two are equally passionate as dedicated parents to their daughters.

Through the years, Nicole Kidman shows a great gift in giving beautiful, heartfelt images with her daughters without giving away their right to privacy.  The Big Little Lies star demonstrates a maternal tenderness beyond words with Sunday Rose in one photo, caressing her firstborn daughter head-to-head.  Her curly red hair dangles down onto Sunday in their embrace, as her mother makes sure to shield her child’s face.  Keith Urban is the only photographer with the intimate angle (in every sense) for this lovely capture.

“Happy, happy birthday Sunday!“ her mom captions.  “We love you so much—yum yum !!!” Kidman tops off her joyful comments.

As beautiful as a hug from mom can be, Keith Urban, Nicole Kidman, and Sunday Rose are ready to party, as the second picture clearly demonstrates.  Shimmer, shine, and color come from everywhere in the shared image of the birthday decorations, and no one can forget the cake!

Could it be…?  Chocolate, of course!

At last, like so many of his country music colleagues, Keith Urban is chomping at the bit to be back on stage for the rest of the year.  The “Where the Blacktop Ends” singer heads back to the Vegas strip to pick up his residency with “Keith Urban Live– Las Vegas” at the Colosseum at Caesar’s Palace in September.  An Australian tour lies ahead later in the year, too.  Now, however, birthday plans are all that matters and nothing matters more than the cake.

Last December, Sunday Rose’s little sister, Faith Margaret, marked her 10th birthday, with an abundance of love and light from her family. Then, as now, mom, Nicole Kidman, uses the birthday cake glowing with candles to convey how much the younger daughter means.  Heartfelt words accompany the image.

No one got to see the inside of Faith Margaret’s cake, but for Sunday Rose, the inside secret seems to be revealed.  The four-tier confection is covered—literally– in sprinkles, and the interior looks to be very dense chocolate, perhaps like a torte.  Some reports conclude that Sunday Rose is the one holding the cake.  Still, other followers see Nicole Kidman’s hands under the cake platter.  The actress perhaps wears her glasses, too.  Of course, only gold candles make the perfect glow for Sunday Rose on her perfect day. Keith Urban, Nicole Kidman, sister Faith, and the fortunate invited guests just want a taste of chocolate goodness!

Besides birthdays, Keith Urban and Nicole Kidman move heaven and earth, as well as anything on their professional calendars, to be genuine, present parents in their daughters’ lives.  Nicole’s adopted children from her marriage to Tom Cruise are grown and have their own lives.  Connor, 26, lives in Florida and Isabella “Bella,” 28, lives in London.  The Kidman-Urban family were all together (on the family couch) for the virtual Golden Globes this year. In contrast, everything to celebrate Sunday Rose’s day looks ready to be anything but by a Zoom meeting!

As devoted as Keith Urban is as a father and a husband, Nicole Kidman understands his predicament in having a “female-heavy” household all the time.  “Sometimes, he just needs to escape with his guitar,” his wife relates.

Nicole confesses that she sometimes discovers her husband in his closet strumming away.  As it happens, however, one of his daughters shares one of her dad’s motor-minded obsessions.  Faith Margaret joins with dad to “Google cars.”

Not every girl needs laces and bows to show her feminine side.  No matter the personality, though, the years pass by quickly.  It feels like yesterday when Nicole Kidman and Keith Urban uttered that “We feel very blessed and grateful that we can share this joy with all of you today” after Nicole gave birth to the pair’s first daughter.  Every second is a gift to be cherished beyond any birthday gift, but those are nice, too, especially when a girl is 13.

Stay tuned in to Country Music Alley for the latest and best news on the biggest country music stars!  We keep you in the know and singing along!