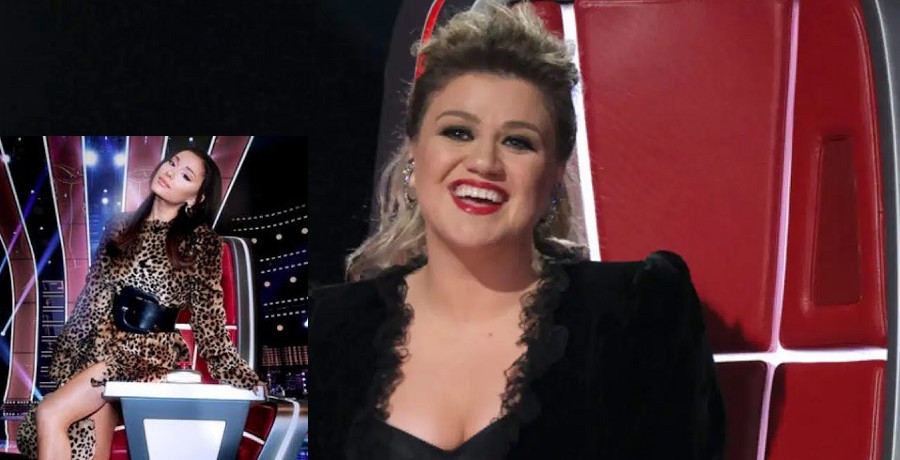 In an unexpected twist, Ariana Grande went camping with Kelly Clarkson, Blake Shelton, and John Legend. The Voice coaches are already back together. However, Nick Jonas is no longer in the mix. Ariana is replacing the “Close” singer on Season 21.

What’s the best way to welcome the songstress? A camping trip of course! Kelly Clarkson took to social media to share their cozy get-together. Earlier this year, Ariana shocked her fans when she announced that she’s joining the celebrity coaches on the NBC singing competition.

Now, the singer is trying to fit in with her coaches who have an affinity for the great outdoors.

On Monday, July 26, Kelly Clarkson took to Instagram to announce that she’s back to work on The Voice. She shared a hilarious clip of herself sitting around the campfire with a glammed-up Ariana Grande. Kelly wore a belted tan-colored cardigan over a black shirt and leather leggings. To be honest, most of the coaches looked out of place during their camping trip except for Blake Shelton, of course.

He felt comfortable with his guitar on his lap. The “Minimum Wage” singer couldn’t wait to play tunes. Most of the coaches sat around and cracked jokes. They’re making the “Positions” singer feel welcomed. NBC is hoping to attract a younger fanbase by booking the pop star.

“The coaches took camping to a whole new level,” Kelly joked in the caption. “The new promo for @NBCTheVoice comes out tomorrow y’all! #TheVoice #TeamKelly.”

In the clip, Kelly says the promo shows them in their natural surroundings. They just like to hang out with each other, no matter what they’re doing. They sit around the campfire and sing songs. Kelly calls the promo “cute and outdoorsy.” It’s also their way of welcoming the singer to the show.

Ariana Grande and over 39,000 other users liked the post. Most of them flocked to the post to reveal how much they miss Adam Levine and Nick Jonas. Others loved seeing the blossoming friendship between Kelly Clarkson and Ariana. They can’t wait to see the powerhouse singers interact on the show.

Of course, there were a lot of Arianators in the comments section. They thought it was awesome that the coaches were so welcoming. They’re happy to see her join the popular cable show. Then there were some who questioned her sparkly attire. Her fellow coaches were dressed down in their regular clothes.

What are your thoughts on Ariana Grande joining The Voice? Are you still on #TeamKelly? Sound off below in the comments.