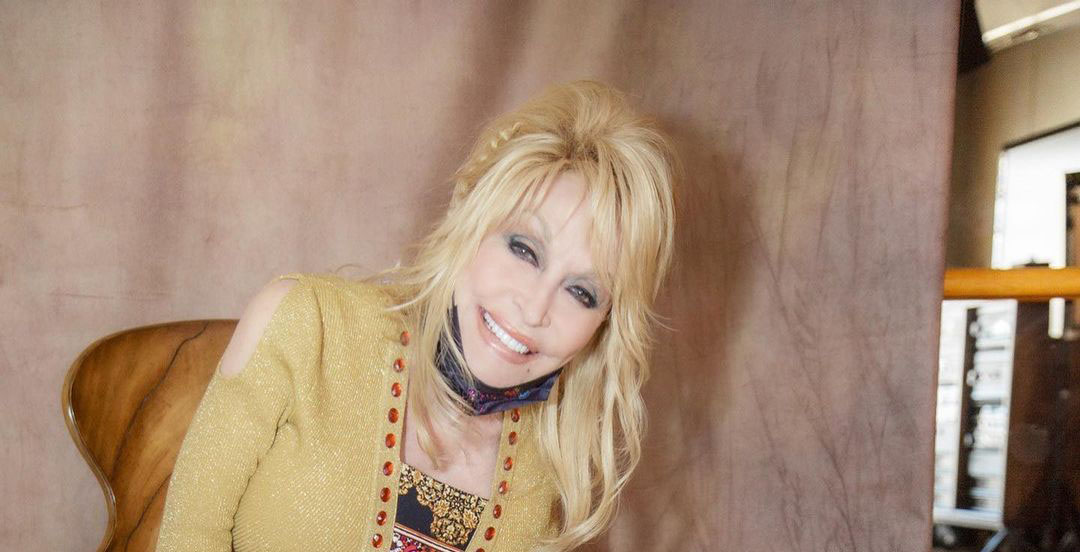 By her own admission, Dolly Parton loves to sparkle in vibrant colors.  The country music marvel deems her high heels, her makeup, and the portable hair she’s free to change on a whim, her wigs, as daily essentials.  On the other hand, a peek into Dolly Parton’s daily beauty regimen reveals her faithfulness to many of the same favorite products that many women, mothers, and grandmothers still used today.

At the core of true faithfulness, from the heart, however, Dolly Parton holds to the same faith instilled by her mother into all 12 of her children.  Dolly Rebecca took hold of the gifts of faith and music from her maternal side, just as she absorbed all of her father’s lessons in a driven work ethic and driving a good bargain for his family.  Dolly was blessed by both parents.  She extols their example through all of her endeavors, particularly in philanthropy.

“I believe there is God,” Dolly Parton wholeheartedly affirms in a 2018 Jesus Calling Devotional and Podcast.  The little girl who prayed for God to send her shiny red shoes for Christmas keeps a fervent, consistent prayer dialogue as a revered senior citizen now, and things from catalogs never make her list. Today, success allows the one-woman entertainment dynamo to have whatever she desires in an earthly sense.  Still, what Dolly implores from above is peace, starting in every individual heart and radiating to the world.

From this era onward, Dolly Parton forever takes the title of pandemic hero.  For the “I Still Believe” artist, who still calls “Coat of Many Colors” her favorite song, she declares had her momentous, million-dollar donation to spark funding for the vaccines against the virus was only a single cog in the wheel of progress toward full wellness.  As Parton relates in an MSN per People feature, taking action and doing something to stop a bad situation always tops wallowing in fear, complaining, or doing nothing.  Dolly’s choice is still saving lives and her sayings from the heart still mean more than ever!

Helping hands and hearts of many healers

“We got more money than we got time” Dolly Parton declared at the time of her donation to the Vanderbilt University Medical Center in the early spring of the pandemic.  Parton maintains close ties with the facility and its staff since the treatment of her niece, Hannah Dennison. The artist even dedicated a butterfly garden in Hannah’s honor, celebrating the family’s “chemo hero” at 30 in 2018.

As positive as Dolly Parton remains, the emblem of hope intuitively grasps that the virus and its grip meant “something bad was on the rise.”  With self-effacing grace, she offers that “I just kinda felt led to do something” to alleviate the siege and its suffering.   She contacted her good friend, Dr. Naji Abumrad, who knew how to direct the funds for most effectiveness.  Ultimately, researchers and scientists developed the Moderna vaccine with a petite, blonde catalyst named Dolly.

“We didn’t have anything,” Dolly Parton recalls of growing up during the podcast interview.  “But we had helping hands, kind words, and open hearts.”  A jar of her mother’s preserves filled neighbors with hope to go on.  In turn, “a box of rags” turns into the timeless anthem of true richness that everyone recites by heart.

Those vivid examples of giving are imprinted on Dolly Parton’s heart.  From the mission of her Imagination Library, which her father lived to see fulfilled in its dedication to him, to her promise to keep Dollywood as a channel of employment for those she endears as “my people,” Dolly simply sees the lessons of giving her childhood growing “on a bigger scale” in these times.  Assuredly, Dolly Parton sees her own role as “a small part” of the picture.  Nonetheless, her name is on the checks, and her heart stays on her sleeve.

It seems like yesterday that Dolly Parton waited her turn and reminded everyone not to be a “chicken squat” (as only she can phrase it), and follow her example to “get the shot.”  And that happens, Reba McEntire was an obedient friend.

Unfortunately, just over a week ago, the sister country music legend disclosed that, despite being vaccinated, she and her boyfriend, Rex Linn, both got the virus.  Even so, the condition made McEntire an even more convincing voice to her fans to “stay safe, stay home, wear a mask, and be protected the best you can.”  McEntire’s personal PSA conveys “we don’t feel good,” and that’s all the more reason for fans to listen to her and longtime gal pal, Dolly Parton.  Good sense and safety conquer!

Along with sharing the public health appeal to “be good” as Dolly Parton puts it, Reba McEntire invited Dolly to duet with her on a new version of  “Does He Love You” for McEntire’s upcoming album.  No doubt, fans already plan to keep this one on repeat!  Dolly declares it “really good.”  A breakthrough infection never stops a breakthrough hit.  Get well soon, Reba and Rex!

Just like music is a hug for the soul, humor with heart is right up there with chicken soup in its healing properties.  Southern Living per Yahoo savors the joy of honor of sifting through some of the best Dolly Parton sayings.  Six decades is a long time, and Dolly has gems saved up on every subject!

“Storms make trees take deep roots,” Dolly Parton reminds, sounding much like her mother.  Every storm ends, too.  The current storms of human strife in Afghanistan and Haiti are as tragic as any.  We can never solve any crisis completely, but we can always do something to make at least one life better.

“Find out who you are and do it on purpose,” Dolly Parton shares.  It’s incredible that an artist so young possesses such human insight.  This reflection came early in her career and she took her own advice.

Perhaps it takes an asphalt paver’s wife to cleverly phrase “If you don’t like the road you’re walking, start paving another one.”  Thanks, Carl Dean!

It’s a feast to run through the entire list.  For now, let this Dolly Parton song in prose leave you at peace.

“I make a point to appreciate all the little things in my life.  The ageless Parton asserts “I go out and smell the air after a good, hard rain.” She elaborates how “these small actions help remind me that there are so many great, glorious pieces of good in the world.”

Whether she sings, speaks, writes, or chooses any other way to share from her soul, Dolly Parton is a glimmering vessel of good.  Country Music Alley gives you all the news on your favorite artists and the country music world– keep tuned in with us!