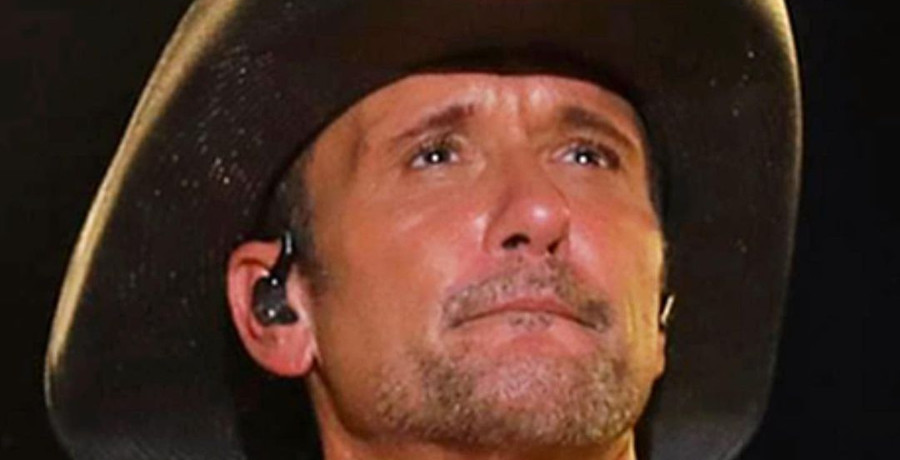 By any standard, Tim McGraw and Faith Hill earn every accolade of love and respect as country music royalty.   Strictly by the numbers and showcasing her mammoth talent, Faith has more Grammys than Tim, but no one disputes how the man in the black hat marshals the creative and social energy to turn the songs “Humble and Kind” and “Live Like You Were Dying” into lasting social movements.  Even throughout this pandemic year Tim McGraw simultaneously offers a mental vacation and vivid reminders of what truly matters in life with 2020s Here On Earth.

Speaking of life on the big blue marble, Tim McGraw stays very grounded in honesty, truth, and humor in the new Esquire feature “What I’ve Learned.”  No subject seems off-limits.  He salutes his wife of almost a quarter century for her instantaneous expression of grace that “changed my life.”  The megastar shares deep thoughts on the dimensions of love and his grown daughters taking flight from home to find their own course in life.  Tim McGraw even talks about those black hats.

Love, as defined by Tim McGraw

“I didn’t know love could feel so good,” Tim McGraw reflects.  The husband and father ponders whether the ethereal state is an emotion, a lifestyle, or “an imaginary thing” before concluding that “love is all those things.” On the other hand, the masculine half of the couple who implored “Let’s Make Love” to each other also relates that love is also being angry and “not talking for a day” and “digging in each other’s face.”  “Love is accepting that I’m wrong,” the “Shotgun Rider” singer realizes.  “It’s a 360 thing– it’s not linear.”

Very early after their marriage, Tim McGraw and Faith Hill engaged in a “long talk” of exactly how each partner would balance being “present,” both as performers and parents.  On stage, the two still captivated “Soul2Soul,” so to speak, but as PTA parents and basketball coaches, they simply were Mr. and Mrs. McGraw.  Country Music Alley relates Tim McGraw’s overflowing joy and pride in seeing youngest daughter, Audrey, take the leading lady status in his “7500 OBO” music video.

Nonetheless, it doesn’t make any goodbye with the girls easier.  McGraw recalls how “tough” it was to let his oldest daughter, Gracie, set off for LA, but the dad had no leg to stand on, and he knew it.  “How can I say ‘I did it, but you can’t’” when it comes to chasing dreams to take the stage.  Gracie McGraw does more than sing an audience’s socks off, she is radiant ambassador  for body positivity and relentless self-esteem.  She never sugarcoats life and she never gives up on herself or anyone she loves.

Shockingly, some reflections Tim McGraw shares pertaining to his daughters provoke pivotal life changes for the artist.  In a very stark and blunt revelation, the singer who compares the “Whiskey and You” in one memorable ballad finds himself going to the liquor cabinet every morning before 8 AM.  He takes a big shot and tells himself “I’ve got to wake the kids.”

Divine providence steps in, leading Tim McGraw “straight to my wife.”  “This is where I’m at,” the scared husband confesses after the unexpected confrontation with the truth.  “She just grabbed me and hugged me and changed my life,” Tim McGraw praises.  Clearly, the fitness routine the author and actor details in Grit & Grace  is still fully in force for the svelte 54-year-old.

When it comes to dining at home, though, the McGraw family believes in home cooking and putting out the good dishes.  Over the holidays, Tim loves to cook his secret recipe spaghetti, dubbed “noodles and gravy” within the family.  No matter the meal, as Faith Hill sees it, the table is meant to be set.  “Faith’s taught me a lot about setting tables,” Tim McGraw asserts. “She cracks the whip on that.”  Guests at the table incredulously remark “You mean you guys cooked this?”  Accordingly, Tim McGraw replies “We’ve been cooking all day!”  This is no catered affair celebrity family.

To put it mildly, Tim McGraw has a complicated relationship regarding his own family, but bears no bitterness or anger.  By the time Phillies baseball legend, Tug McGraw, genuinely acknowledged Tim as his son, the younger McGraw was in college.  Tim was close with his stepfather, Horace Smith, but tormented by the abuse he wielded toward his mother.  Even so, Tim McGraw insists that simply knowing he was Tug McGraw’s son “gave me something” through his small-town Louisiana upbringing “that I would have never reached for.”   “How could I ever be angry?” Tim McGraw rhetorically asks.

Forgiveness flourished, replaced by fond memories prior to the senior McGraw’s passing from brain cancer in January, 2004.  Lots of baseball and bantering over fond memories happened, and the best kind of tears flowed.

While Tim McGraw is never stingy with emotion, he refuses to shell out big bucks for things trademark black hats.  “I wear a black straw hat made by Resistol,” the singer-songwriter confirms.  He describes that it takes three shows of sweating it through the band before it settles down just right.  Then, Tim McGraw wears it “three months longer than I should” because he hates breaking in new headwear!

Every fan loves Tim McGraw in his hat, but what Tim McGraw song do you love most?  Shout it out in the comments and keep coming back to Country Music Alley!