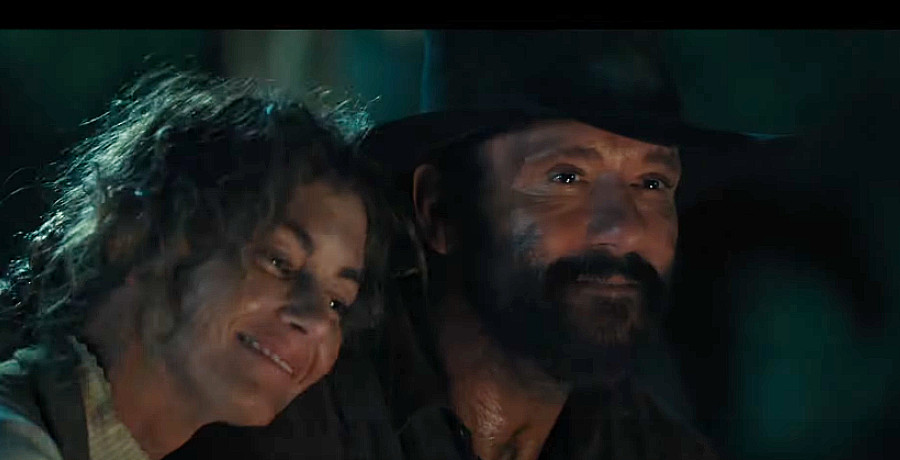 It’s hardly surprising that country music’s Renaissance man, Tim McGraw, approaches music and his many acting roles with confidence.  From The Blind Side to his searing portrayal of the abusive father in Friday Night Lights, the versatile McGraw draws on his own storehouse of personal experience and keen character awareness and study to create magic on-screen.

As far as music goes, Tim McGraw returns to the road with live concerts this week for his 2022 tour.  Faithful fans rejoice and their superstar has plenty of material to fill the setlist. The pandemic never put the brakes on the “Live Like You Were Dying” monster hitmaker’s delight in making music and collaboration. McGraw added two albums to his prolific discography, Here On Earth and McGraw Machine Hits 2013-2019 and celebrated meaningful collaboration with Florida Georgia Line’s Tyler Hubbard and Midland, as Country Music Alley chronicled.

Somehow, in between a few family road trips and other pleasant pastimes, Tim McGraw and his brilliantly talented bride of 25 years, Faith Hill, sign on to star in the prequel to the fan-favorite series, Yellowstone in 1883. Not only is the Taylor Sheridan project popular, but it is also the biggest streaming success ever for Paramount+.

Nonetheless, Tim McGraw seems to have some things in common with his character, James Dutton.  In the first place, his reluctance to even approach his wife for the part of Margaret Dutton counts as a similarity with the trailblazing character never too sure about reaching the Oregon Trail, as Showbiz Cheatsheet notes.

To her husband’s surprise, Faith offers an affirmative answer. The rest, as they say, is television history. Pushing doubts aside, Tim McGraw keeps a bunch of irons blazing in the fire.

No doubt, Tim McGraw is staying up late envisioning the perfect stage performance that he gains praise for putting forward time after time.  Like many other mainstay Country performers returning to live shows, testing and safety protocols play their part, too.

When it comes to his patriarchal character, though, Tim McGraw pulls no punches with series producer/creator, Taylor Sheridan. Despite the unflappable persona, the singer of the homey ballad, ”Gravy,” details several reasons why James Dutton loses sleep every night.

Shockingly, in the Season 1 Episode 10 finale, the situation looks direr than ever, when Elsa Dutton (Isabel May) is shot by an arrow from a marauding Native American tribe.  James Dutton breaks the news to Margaret that their daughter faces death from infection.  That’s enough to keep any dad from shuteye.

The looming tragic fate is a terrible blow to fans who witness the stalwart family’s journey takes them to the brink of their Oregon Trail odyssey only to lose their cherished eldest child.

“I can’t imagine a scenario where James ever sleeps,” Tim McGraw confesses.  The leading man cites “all the decisions he had to make, all the worry he had” as hindrances to anything close to 40 winks.

The star who pours himself into preparation insists that the character doubted the journey “every single day and every single moment.” As a dad to three grown daughters, Tim McGraw knows a father’s fears.

It takes courage for Tim to pitch the part to Faith

Speaking of fear, Tim McGraw describes that it took him three days to summon the courage to tell his wife that Taylor Sheridan really wanted her for the part of her husband’s on-screen wife. Luckily, Faith Hill had a hankering to do something different. The “Breathe” powerhouse vocalist almost instantly responded that “I’d love to do it– it’d be fun.”

Fortunately, it didn’t hurt that the fun of the flashback scenes and the stripped-down, true frontier heroine features of the role really appeal to Hill. She nails Margaret’s inner strength without a single word, simply by her presence.  Of course, while the bath scene between Tim McGraw and Faith Hill became tedious at times for the pair, fans leave it on rewind over and over.

Another Dutton era is on the way

Earlier this month, truly on the steam of 1883’s success, the announcement of a sequel to the prequel, 1932, arrives in December. The Paramount streaming platform clearly agrees that the Taylor Sheridan touch yields far better odds than panning for gold.

Not by coincidence, 1932 traces Kevin Costner’s John Dutton’s father through the period of Western expansion. Fans are already in a furor of excitement about the next adventure, which brings the family to the prohibition years and the Great Depression. As of yet,  now, cast member specifics in the spinoff are available, but the TV streaming platform sang Sheridan’s praise in a statement lauding the creator’s tall family tree for the Dutton family “with many branches that continue to engage record-breaking audiences.”  No matter the era of history, the Yellowstone television family raises bumper crops of ratings.

Country Music Alley keeps tabs on all the country music happenings across music, tours, TV, and all the news on the lives of favorite stars– stay tuned in to keep up!