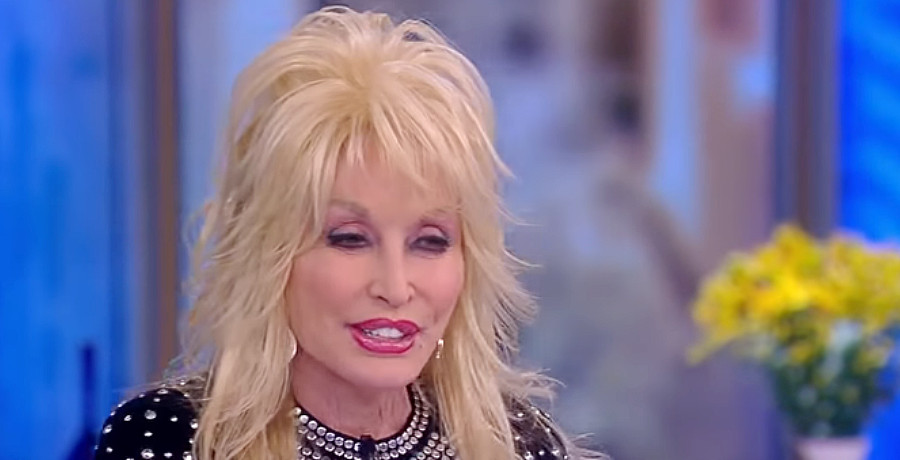 Across her more than six decades as a queen of country music and cultural icon, Dolly Parton likely loses count of all her visits to the Windy City of Chicago. Fortunately for fans, Dolly stays as delightfully, down-home authentic whether her travels take her to the “roots of her raising” in Sevier County, Tennessee or mega metropolises.

As it happens, a faithful congregation in Chicago’s Old Town neighborhood dove into a spiritual journey, Dolly Parton and her songs over the past five weeks.  The final sermon of the series concluded this past Sunday, May 29, as Religion News Service notes.  However, just like the singer-songwriter who calls herself “The Seeker” and sings “Shine” as her tribute at Tammy Wynette’s funeral, no one denies that the Spirit stirs the soul long after the songs or the sermon’s end.

Of course, it’s impossible for Dolly Parton to pay in-person visits to every group of people inspired by her presence, wisdom, and her passion for doing good.   Judging from photos, though, it hardly takes any imagination to envision the songwriting wonder swaying with the breeze and letting her bare feet feel the green grass while the fellowship mingles cordially from their folding chairs. As it happens, “My Tennessee Mountain Home” is indeed the focus of one sermon.

Other songs at the center of the series, “The Gospel According To Dolly Parton” include “9 To 5,” “Jolene,” and “I Will Always Love You,” but with a focus far different than many fans feel from the song.

Much more than extolling love, the ballad is “a goodbye song,” as Rev. Britt Cox notes. Essentially, the Parton classic is a final declaration of the songwriter’s departure, after many other attempts and staying beyond her contractual obligation to Porter Wagoner.

From the pastor’s perspective, however, the song anchors on the concept of forgiveness, as in not forgiving merely seven times, but 70×7, meaning infinitely, so long as the seeker is sincere. Just as Christ forgives, Dolly Parton leaves the song on tones of gratitude and healing, allowing both partners in the relationship to move forward in positive directions.

Country Music Alley offers a full chronicle of Dolly Parton’s deeds of Grace and heartfelt goodness. Initially, the “Coat of Many Colors” artist hoped that her Imagination Library, in honor of her father, could reach “a few counties over.” Now, the literacy initiative has mailed books to 2 million preschool children globally.

Much like the scraps of fabric in the musical tribute to her mother, Dolly Parton embraces an inclusive and vibrant faith that welcomes all who come her way with open hearts.  The Church of the Three Crosses ministers under the auspices of the United Methodists Church and the United Church of Christ.

Cox praises Dolly Parton’s ability to “connect with people across age, gender, denominations, or those of faith and religious and non-religious beliefs.” For the first week’s study, the reverend chose “19th Amendment,” from Dolly Parton’s America.  Cox herself departs to take a new appointment.  She kept the biblical aim in the message, tying it to the Canaanite woman who pleaded with Jesus to heal her daughter.

Emphatically, Cox lifts Dolly Parton as “a person who really walks her talk.” For her part, though, the deeply spiritual Dolly is careful to disdain any praise approaching worship.

“There’s a Scripture in my Bible about Idol worship,” Parton cautions. “I see that happening all the time with movie stars and these celebrities.” She relates how many fans “literally worship them more than they worship God.” Just the thought of such behavior makes Dolly Parton “cringe.”  Instead, her daily prayers center on peace, and how to see others with more love. That’s truly living out the greatest commandment.

Although Dolly Parton delights in playing an angel, she pays tribute to “the painted lady” in town as the most beautiful woman she ever knew. The Dolly Parton millions love would never be a reality without that loving emulation.

Dolly is a lover, not a fighter, with Reba

Regardless of how many sources rack up saintly statistics for Dolly Parton, she and her equally royal cohort in Country music know the truth.  Reba McEntire and Dolly Parton both regard one another highly.  Nonetheless, McEntire contrasts her recent remake of “Does He Love You” as being a completely different experience than she had with Linda Davis in the 90s.  Since Dolly stands for peace, let’s just say version 2.0 proves much more sedate.

None of the “catfighting” or “exploding boats,” as depicted in the video for the original duet, occurs in a more civilized discussion-like exchange between Dolly Parton and Reba McEntire in the revised song.

“It’s like confrontation on Valium,” Reba relates.  A tone of civility takes over,  conveying that “we’re adults,” as McEntire expressed in a CheatSheet feature.  The back-and-forth conversation of “I don’t like him, do you like him?” revolves, resulting in “You can have him!”

“It was confrontation but not hatred,” Reba McEntire reflects. She and Dolly Parton both endured their share of battles, in life and in song. They both know the value of mediation and quiet meditation.