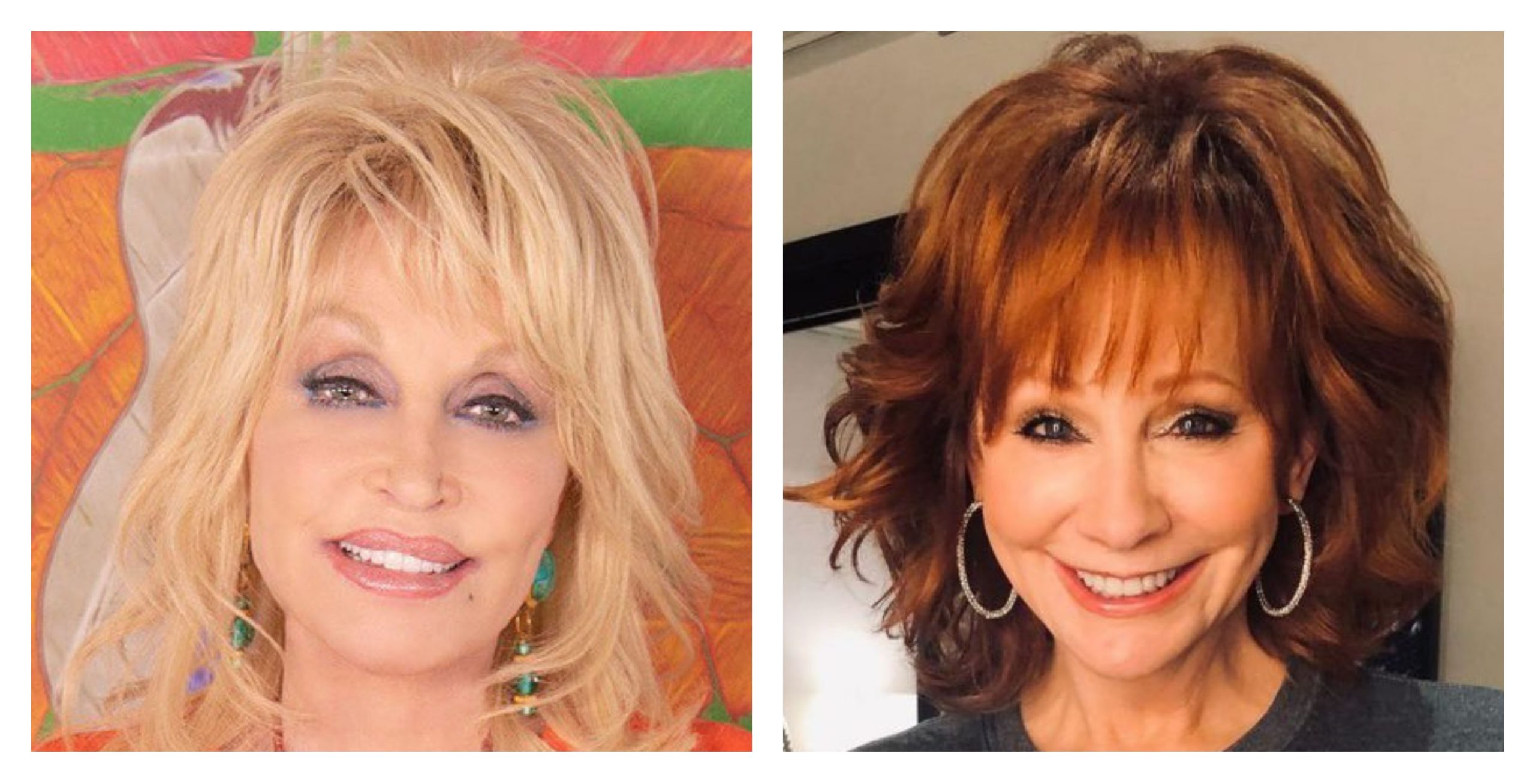 Dolly Parton has the energy of 1000 lifetimes inside her petite body.  The country music queen and entertainment dynamo also has the memory of an elephant when it comes to important dates.  At 75, Dolly never misses a step or lets the gift of any day go by without making it count.

Over the weekend, one of Dolly Parton’s dearest longtime friends marked her 66h birthday.  Parton never forgets a friend or any special mentor in her life.  She lavishes love on Reba McEntire, and both ladies show the world the special relationship and the history they share.

A few years back, in 2013, Dolly Parton recorded the heartrending ballad, “You Can’t Make Old Friends” with her dear friend and favorite duet partner, Kenny Rogers.  Clearly, judging from the photos exchanged back-and-forth in honor of this same double-digit birthday, the same sentiment applies to this sisterhood in song.

Dolly Parton is dressed up in sheer, lovely ice-blue next to Reba McEntire, as MSN via People includes.  Beyond the sense of style shared by both grand ladies of country music, their depth of friendship and true-blue admiration is obvious.

The personal post from Dolly Parton presents Dolly in a bright yellow print, and offers a touching inscription from Reba McEntire.

“Dolly! You’ll always be my hero!  Love you, Reba” McEntire’s handwritten words read.  They were certainly special enough for Dolly Parton to hang onto for all these years!

Dolly feels the love right back from Reba McEntire

Reba McEntire reciprocated her friend’s gracious birthday gift of praise in her own personal way. Reba posted the exact photo shared by Parton, except with a white heart swashed over the hit-making ladies.

“LOVE@DOLLYPARTON” McEntire simply captions her show of gratitude. These girlfriends have a tradition of going a little ga-ga over each other on birthdays, and that’s just fine with fans.

Today paid respects to the Dolly Parton-Reba McEntire history of happy birthday lovefests by featuring the tribute from Reba on Parton’s birthday in January.  “I love you more than rhinestones,” the “Fancy” singer assures Dolly.  After mentioning the many memories shared between the two stars who love to sparkle, McEntire closes with “I can’t imagine a world without Dolly.” Similarly, fans can’t fathom a world without either megastar in country music, or any of the songs they etch into our souls.

Heartfelt music and a love for birthday fun

My Blue Ridge Mountain Boy is such a special album to Dolly Parton that she put her husband, Carl Thomas Dean, on the cover.  Far beyond simply showing off her hard-working, quiet-living, shirtless hubby, the 1969 album showcases the very best of Dolly Parton as an artist.  Reba McEntire is only one of the sister artists who never forget a single word.

“I tore it up,” Reba praises Dolly Parton during her visit to McEntire’s podcast, Living & Learning with Reba McEntire, last September.  “Your songwriting is just so heartfelt, and it pierced my heart on every song,” Reba insists. She further elaborates that she remembers every word in those songs “when I can’t remember the words to a song I have out nowadays.” Now, that’s respect from the birthday girl.

Dolly Parton just loves wishing everyone she loves a happy birthday.  She’s endlessly busy, between her business deals, saving the planet with a vaccine, and her passion to promote preschool literacy, the Imagination Library.  Even so, she always has time to spread a little birthday joy, just ask David Muir of ABC World News Tonight.  Reba McEntire is just the most recent target in her shower of love.  Long live the bonds between these stars much closer than “Two Doors Down.” They stay as close as a kind word, a smile, a thought, and a cherished memory.