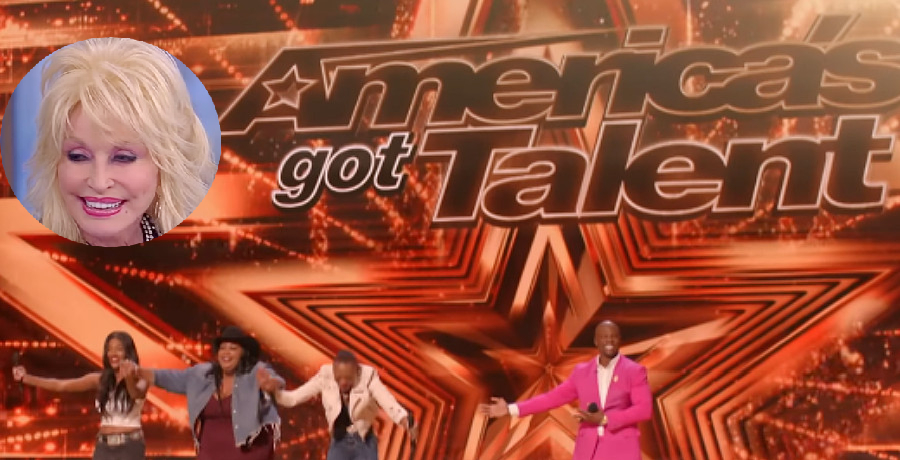 Not surprisingly, Dolly Parton’s words carry significant weight in the country music community and beyond.  The entertainment dynamo put it straight to those fearing the vaccine against the virus, which her million-dollar donation helped to fund for the world, admonishing “Don’t be a chicken squat—go on and get the shot!”

Recently, Country Music Alley related Parton’s commitment to children and proving it with a second million-dollar donation, this time devoted to pediatric illnesses. “No child should ever have to suffer,” Dolly Parton adamantly declares in her statement to accompany the generous gift. Vanderbilt University Medical Center assured that the funding would “accelerate” the work of cutting-edge research at the lauded institution.

As it happens, Dolly Parton adores doling out praise even more than dollars to friends, family, and collaborators. Just ask Zach Williams, her partner on the Grammy-winning “There Was Jesus.”  Her latest words of support and appreciation don’t exactly belong in Sunday school, but they are music to the ears of the talented, diverse kindred trio, Chapel Hart. The ladies snagged only the second group golden buzzer ever this week on AGT, with their original retort to Dolly Parton’s timeless plea in “Jolene.
“You Can Have Him Jolene” had the audience eating out of the group’s hands. Clearly, Dolly loved every lyric and loud cheer!

As People conveys, in step with Yahoo News and ET online, a surge of 2.5 million views, essentially overnight, following the AGT audition from sisters, Danica and Devynn Hart, joined by a cousin, Trea Swindle, swept Dolly Parton up in the exuberant fun.

Rather than the weight of the song’s emotion relying on the willingness of “the other woman” to relinquish her hold on an unfaithful man, “You Can Have Him Jolene” lays it all on the guy, with the parting warning, “Good luck keeping him home.”

“What a fun take on my song @ChapelHartBand,” Dolly Parton opens her Twitter message of praise to the group. Remarkably, she also teases with a wink and a nod that the lady in question in her song better not lay a finger on the love of her life.

In fact, as Parton explains in her memoir, Songteller: My Life in Lyrics, “Jolene” arose from two sources of inspiration. One was a young girl fan named Jolene. Dolly Parton was so taken by the name that she refused to let it go. She also didn’t let go of her intuition about an attractive bank teller who made overly-friendly overtures to her husband, Carl Dean, during an inquiry about a business loan. In any case, the song is a complete classic that endures in the cultural consciousness.

What a fun new take on my song, @ChapelHartBand! Carl's birthday is today so I think I'll hang on to him, and I'm not notifying Jolene that today is
his birthday 😉 #AGT https://t.co/UFiT1AH84R

Dolly won’t let Carl get a birthday call from Jolene

Continuing her social media post, Dolly Parton writes that “Carl’s birthday is today, so I think I’ll hang onto him, and I’m not notifying Jolene that today is his birthday,” the bride of 56 years assures, adding a smiley wink. Of course, she includes the hashtag #AGT, too.

Not by coincidence, Dolly Parton frequently describes how timing is so pivotal to her career. Sometimes, it doesn’t even take a brand-new song to catch fire. Chapel Hart released “You Can Have Him Jolene” on their independently released album, The Girls Are Back in Town back in August of 2021, along with a very catchy video. Clearly, patience pays off, because now is the moment for the trio.

Already put them on my next record. https://t.co/EwLZ0swTYo

Support from all corners of Country royalty seems to be pouring in for the girl group aiming for “world domination” five years from now, as they stressed to Simon Cowell. Like Dolly Parton, the hard-to-please panelist of AGT understands that timing is everything, and this is the moment for Chapel Hart to “break down the door” to success. For one, the Coal Miner’s Daughter, Loretta Lynn, is already in line for a Chapel Hart treatment of one of her songs.

“I love it, ladies. Now I’m wondering what you might be able to do with one of my songs,” Ms. Lynn inquires. Something like “Swim For The Bottles In The River” might be a great response to “Don’t Come Home A-Drinkin’ (With Lovin’ On Your Mind). The possibilities are endless for the woman who dared to write “The Pill” to redefine female and marital empowerment. Loretta IS still woman enough.

With a pleasant surprise of his own, smooth Country crooner, Darius Rucker, decided his office door didn’t need to be broken down. Apparently, he’s already opened wide the opportunities for the family band. Darius Rucker gave his social media word.  “Already put them on my next record.”

Of course, Chapel Hart’s future rests with the voting public on AGT.  That tally can swing wildly. Still, with Dolly Parton, Loretta Lynn, Darius Rucker,  and above all, America in their corner, these girls have a true fighting shot at success.

What do you think of Chapel Hart’s audition on AGT?

Keep Country Music Alley bookmarked as your best source for country music news on all the stars.