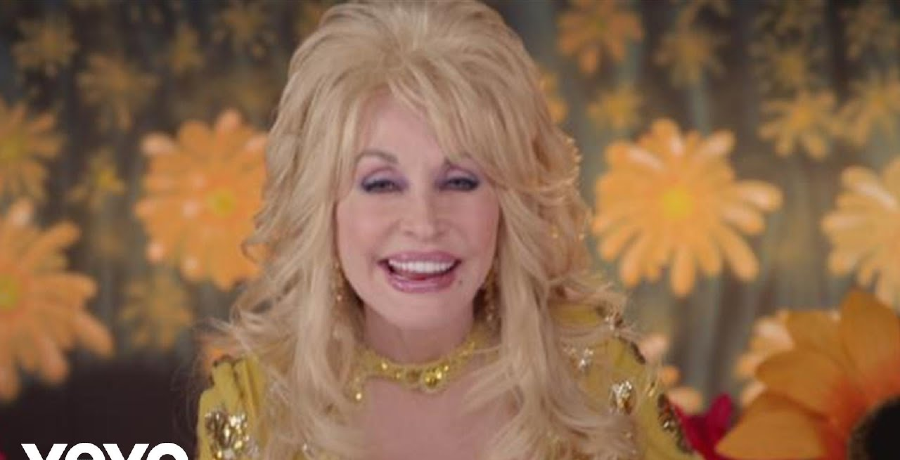 Indisputably, country music wonder and worldwide philanthropist, Dolly Parton creates her own fashion statement with whatever she wears. From the time she stepped on the stage with Porter Wagoner, with little to no adjustment period for fans of Norma Jean Beasler, Dolly already determined her style persona as a departure from the “cowgirl” norm of the time.

Dolly Parton adores splashes of color and all the sparkle she can get. Quickly, her sequins and big hair make as much of a splash as her immaculate songwriting and unique singing voice. Besides their mutual love and respect for Kitty Wells, Beasler and the surprised and unwitting “new girl” Parton shared similar experiences growing up without frills in the mountains of Tennessee and dusty Oklahoma.

Dolly knows how to stretch her fashion dollars

Characteristically, Dolly Parton never holds to the celebrity-world trend of never wearing something more than a few times. In fact, Dolly employs a whole team to keep her favorite everyday wear and performance gowns on-point and in near-perfect condition, as proven in her Time-Life video anthology. The “Daddy’s Working Boots” songwriter hardly fantasizes over a splurge of a few thousand dollars for a single wardrobe item or handbag. She witnessed her parents’ toil and trial to stretch every penny to feed the family of 12 siblings. Thus, being a clothes horse, no matter her bank balance, carries no appeal.

On the other hand, businesswoman Dolly Parton never runs out of new ideas. Her latest venture combines her passion for precious pups with her shimmering sense of fun and style. Doggy Parton has something perfect for every doggy parent!

Canines and clothes are a natural fit for Dolly Parton

As related by Southern Living per MSN and The Day, history and Dolly Parton’s open heart combine once more in this venture. “’ Puppy Love was my very first record,” the Country queen reminisces, “and six decades later, my love for pets is stronger than ever,” her statement assures.

Likewise with several other Dolly Parton projects, part of each Doggy Parton sale will directly benefit a place close to home for the “My Tennessee Mountain Home” singer.  Willa B Farms shares a portion of the proceeds. The Tennessee-based operation makes its mission to rehabilitate and find forever homes for abandoned and abused animals.

The lush, green refuge looks like something sublimely described in a Dolly Parton ballad, but even the doggie attire is not complete without a few sequins permanently sewn! Naturally, a squeaky Dolly Parton high-heel makes the perfect delight for any dog.

Today my new @DoggyParton collection officially launches, and your pet can sparkle too! ✨ Part of the proceeds will support Willa B Farms, a rescue where animals in need fine never-ending love. 💕 pic.twitter.com/MkzbCaDZgK

By the way, Dolly Parton chose the perfect brand ambassador– Billy The Kid– the direct descendent of her beloved Boston Terrier, Popeye!

A big dose of encouragement to a cancer warrior

Country Music Alley dedicated features to Dolly Parton’s advocacy for women fighting cancer and even a tender, heart-tugging tale of a rescue dog named after the country music legend. Nonetheless, a recent heart-to-heart appeal from a loving sister prompted a personal video from Dolly.

Initially, Kim had hopes of reaching Dolly Parton through social media to have the entertainment dynamo sign a painting she had done as a gift to Ann Marie. After many attempts, Kim did reach Dolly, but signing the portrait was not plausible due to Dolly’s days running before sunrise and her schedule in doing a new Christmas film project. Not surprisingly, Parton took time for an alternate surprise.

Appropriately dressed in white, as Dolly does, usually, when she portrays an Angel, Parton gently apologizes for not being able to sign the painting, and thanks Kim for doing the painting with such love.

“Feel better,” Dolly Parton encourages Ann Marie. The “Shine” artist focuses on the future, suggesting that the brave patient will see the film and remember the message from Dolly during her recovery. “I’m sure you’ll be just fine,” Parton consoles.

Whether it’s a cushy dog toy, a new Christmas outfit for a pooch,, or taking a moment to build courage in a cancer patient, Dolly Parton starts with the heartstrings.