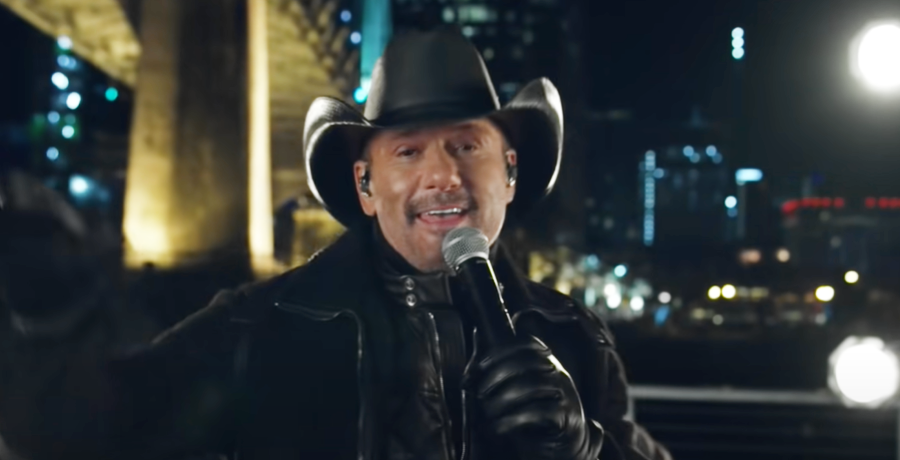 Frequently, country music king Tim McGraw causes fervent fans to fall all over themselves as he sings Something Like That, Sheryl Crow, or Damn Sure Do. As it happens, the chemistry heightens to even more of a fever pitch when his bride of more than a quarter-century, Faith Hill, joins him for Let’s Make Love or Shotgun Rider.

Well, it’s very fortunate for him that his fans are always on alert for their favorite star, as Huffpost, CNN, and People per MSN all verify. What the superstar meant as a show of simple gratitude near the close of his Boots in the Park in Tempe, Arizona nearly missed being a calamity. Luckily, though, there were plenty of hands and hearts to cushion and cradle the McGraw fall.

At 55, Tim McGraw looks as fit as ever, and he adheres to a rigorous workout routine, especially on the road. Clearly, in a salute to his band, the headliner walks to the farthest edge of a long catwalk. He crouches slightly as he looks to the stage. Right after offering his outstretched hand, the entertainer waffles a bit from the knees down.

Initially, he grabs the hand of one available (and surely very happy) fan, but he realizes that one hand doesn’t handle a whole body. He allows himself to fall into the crowd before springing up, good as new. Instantly, he runs among the crowd near the railing, receiving endless warm hugs and greetings, which McGraw naturally reciprocates.

Not the first time for Tim

The September release of 1883 finds a second wind on DVD as fans lap up Tim McGraw and Faith Hill as the original Dutton patriarchs who put everything (and then some) at risk to forge an Oregon Homestead in the Taylor Sheridan prequel to Yellowstone. Country Music Alley highlighted the unending worries McGraw expressed for his character, James Dutton, throughout his family’s harrowing journey.

When it comes to graceful recovery from a fall, however, McGraw never sweats the situation, keeping it all under the brim of his Resistol black hat.

During an outdoor show at Harvey’s Lake Tahoe in 2016, the seasoned McGraw fell right into the middle of the crowd and kept right on singing All I Want Is A Life without a single hiccup. Sadly, in this era of omnipresent social media, no performer escapes the cameras with any missteps onstage. Still, Tim McGraw makes going on with the show seem effortless.

Birthday bows from Tim McGraw to his beloved Faith

Assuredly, long-time fans know that as sure as the sun rises, Tim McGraw never misses a special occasion without personal tributes of love to his dear ones. The beautiful and breathtakingly talented Faith Hill tops the list.

Happy birthday!!!!!
My best friend
My soul mate
The love of my life
I can't believe that I get to spend my days and nights with you for the rest of my life!
You are such a remarkable person and our 3 daughters could not have a better role model…
We love you baby! @FaithHill pic.twitter.com/cx0bNLlUFT

Likely, it’s impossible to create anything more moving than Tim’s message to Faith Hill for their 24th wedding anniversary. “My oxygen only exists if you’re by my side,” Tim McGraw declares to his wife on that occasion.

Nonetheless, the message he writes to Faith on her 55th birthday on September 21 (the same day reports of Tim’s tumble arose) is purely endearing. Naming her “best friend,” “soul mate,” and “The love of my life,” Tim McGraw pays respect to his spouse as “a remarkable person” and in her role as a role model to their three grown daughters.

“We love you, baby!” the hubby concludes.

No trip-ups there, Tim McGraw!

Keep up with Tim and all your favorite country artists on Country Music Alley.