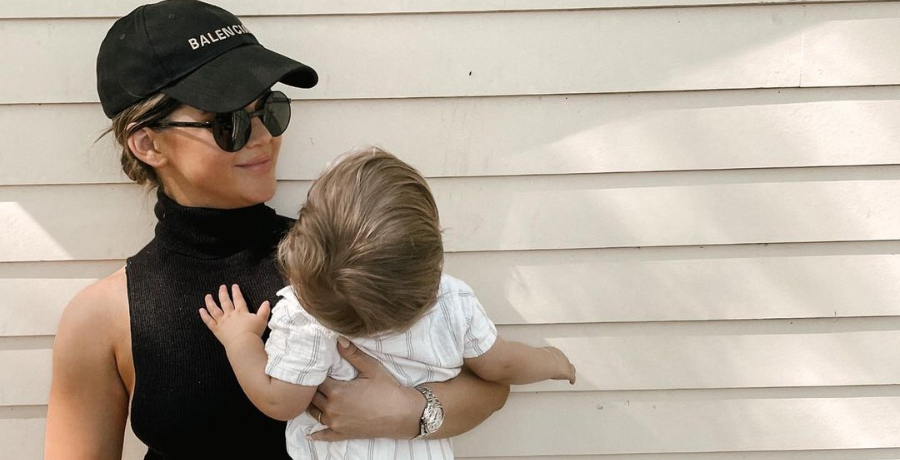 Maren Morris makes an urgent decision regarding her son Hayes. She shared an update with her fans and followers on social media. The country singer admitted that it was a “tough choice.” Keep on reading to learn more.

What happened to her son?

Maren Morris shared an update with her fans on Twitter. One fan asked her how her pets have been feeling lately. That’s when “The Middle” singer shared an update on her family situation. This came after she got backlash for her personal decision.

“Pancake got [sic] rehomes because he was getting a bit aggressive so now June is our girl,” Maren Morris responded.

Pancake got rehomed because he was getting a bit aggressive so now June is our girl. https://t.co/SBlYa46ZBC

She adopted the bulldog puppy in 2018. June is a white dog that’s bigger than Pancake. Maren received backlash from her fans for re-homing Pancake. She shared the reason behind it.

“This took many years and many moments to come to, which didn’t happen lightly,” Maren Morris explained. “Some bigger dogs soften with age and some smaller age toughen with age. We made the best choice for age.”

This took many years and many moments to come to, which didn’t happen lightly. Some bigger dogs soften with age and some smaller dogs toughen with age. We made the best choice for hayes

Hayes is the two-year-old son that she shares with her husband, Ryan Hurd. She didn’t share what happened with her son which caused this urgent decision. Her dog seemingly didn’t get along with her son. June is still an addition to their family. Maren’s decision has been critiqued among fans, but she still received support.

Maren Morris recently made an appearance on Sunday Today with Willie Geist. She talked about the challenges she faced after becoming a first-time mom. The “Chasing  You” singer didn’t know what to do with herself. During that difficult time in her life at the height of COVID, Maren tried to figure out her identity outside of performing for her fans.

“I think a lot of identity crises happened there. Not just being a new parent and a new mother and dealing with postpartum depression for the first time, and reeling from that,” Maren Morris explained. “Knowing my worth without someone clapping for me.”

She credited Ryan for helping her heal during that time. He offered support while she struggled with post-partum depression at a time when many struggled with their mental health and couldn’t get in-person counseling. Also, in that same interview, Maren talked about how she navigates fame as a mom. It has made her more reflective on who and what she wants to stand up for.

What are your thoughts on Maren Morris’ urgent decision regarding her son Hayes? Do you think it was the right call to re-home their puppy? Or, do you think it’s controversial? Sound off below in the comment section.