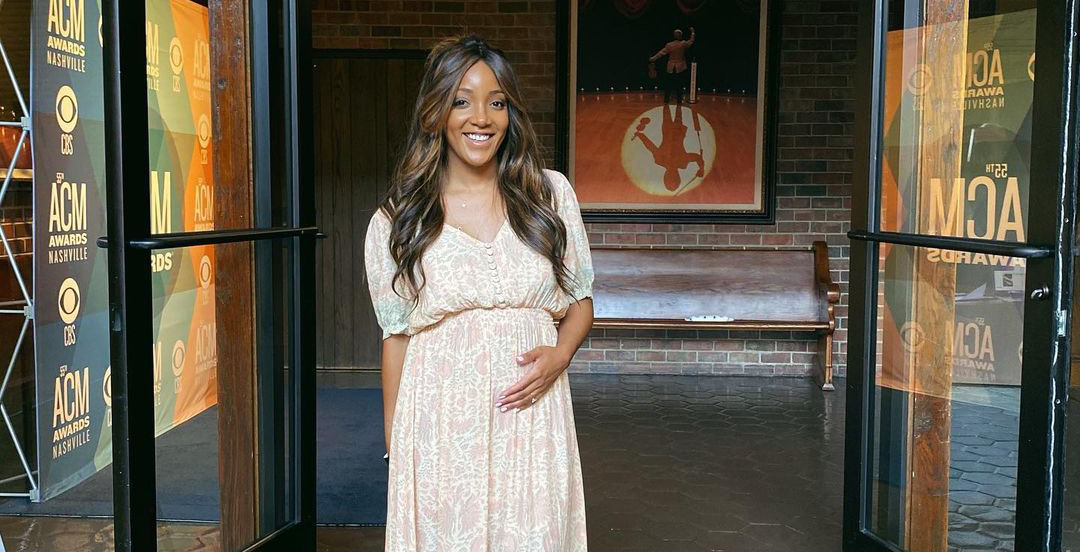 It’s been a busy week for Mickey Guyton. This is for terrific and tough reasons.  The groundbreaking, Grammy-nominated singer-songwriter realized another career milestone on Monday.  She gave perhaps her most penetrating and personal rendition yet of her truthful anthem. Guyton sang “Black Like Me” on The Late Show with Stephen Colbert.  She was still savoring the glow of the moment shared the thrill in a loving social media post to her mom and her many fans.

In what seemed like the same instant, Mickey Guyton and the entire country music world saw racism raise its horrific head in the outburst from Morgan Wallen.  Guyton declares in her Twitter profile, “I’m a Grammy-nominated baby mama who won’t just shut up and sing”.  Mickey Guyton didn’t fight her compulsion. And that’s to cry out that “Crickets won’t work this time”. Notably, she receives lots of support.  Music executives heard, too.  Wallen is indefinitely suspended from his label, and Mickey Guyton hopes the “7 Summers” singer will accept the opportunity from the NAACP to truly educate himself on the full negative impact in his choice of words.

In a free-ranging and candid conversation with E Online, Mickey Guyton describes her own up close and personal it encounters with racism, and particularly the “micro-aggressions” that slip by, yet leave deep scars.  The star seems born for this time, and she wants her legacy to count for more than herself.

The year 2020 transformed Mickey Guyton into a headliner. This is after she boldly dedicated herself to writing and singing her personal truth.  2021 is already a remarkable year. Since the 37-year-old first-time mom prepares for the impending birth of her son with Grant Savoy. Much more musical success lies ahead for the songwriter. Since she has a knack for just the right infectious melody and insightful lyrics, to back. Still, it hasn’t been that long since Mickey Guyton sang in front of the most vivid symbols of slavery and racism.  She recalls more than her share of the N-word.

Sadly, Confederate flags regularly flew at some country music venues in very recent history, almost like a dedicated fixture for the genre.  Mickey Guyton recalls standing and singing right in front of the huge banners, and no one even blinked to consider the impact on the singer who started her climb.  As the opener for many major acts, Guyton had some dark times in reaching for her dream. “I’ve been called the N-word in front of the line of people,” she relates of an autograph signing.  The “Sister” singer remembers the sting.  “Nobody stood up for me,” Guyton regrets.- “I was left by myself,” the singer describes. “And dealing with that.”

Despite the encounters, Mickey Guyton describes how the experiences prompted her to “fight that much harder” to allow open doors and acceptance for diverse artists yearning to have their stories heard.  Pandemic conditions and pregnancy haven’t prevented Guyton from sharing her wisdom with hopeful performers like Kristi Hoopes from The Voice and the “cool” Taylor Taylor.

Mickey Guyton takes center stage now, with superstars like Tim McGraw and Keith Urban as superstar supporters.  The soaring vocalist and songwriter understands her responsibility to pave the way for new artists not yet seen in Country.

The singer-songwriter certainly juggles the full plates.  She always  makes time to salute other artists she enjoys, and she gives a fun salute in a CMT selection on social media.

"Black Like Me" singer @MickeyGuyton spotlights her favorite Black country artists for you to go check out! pic.twitter.com/0zjVEBp6gA

One of Mickey Guyton’s passionate crusades involves equalizing airplay for female artists on country radio.  Amid the surging success of Maren Morris, Kacey Musgraves, and Kelsea Ballerini, among many more, radio generally gives female artists only 20 to 30% of the airtime given to their male counterparts.

Mickey Guyton split her youthful years between her hometown of Arlington and Waco, TX, where relatives trained horses.  She cut her teeth on boots, dust, and barns.  Her singing idols were Whitney Houston, Dolly Parton, and LeAnn Rimes.  She didn’t see anyone who looked like her in Country, but she quickly proved she had the pipes and the storytelling with songs like her breakout, “Better Than You Left Me,” taken from her real-life story.

When Mickey sent songs to her label with tinges of R&B riffs, the powers that be persuaded her that she had to be “really Country,” so listeners would feel her genuineness.  Meanwhile, she heard several white men making songs with R&B cadence and catchy trap beats.  “I was held to a different standard,” Mickey Guyton insists.  She wants to erase double standards and provide a platform for all artists yet unheard.

Loving counsel and Stacey Abrams made the difference for Mickey

The truth often comes from someone who loves you most.  Mickey Guyton remembers being “called out so hard” in a talk with her husband.  She questioned why country music wasn’t working out for her.  Her spouse’s response surprised her.  He replied, “because you’re running from everything that makes you different.”  Leave it to an attorney to craft the perfect, irrefutable argument.

From her hair, her dress, and her approach to her music, Mickey Guyton changed to become herself.  She wants to be a “door-opener” for other Black artists, Latinx performers, and others of color, or from the LGBTQIA community.  The gifted Guyton yearns for their stories of love, life, and the truth to come to country music.  She takes inspiration from political superwoman, Stacey Abrams, who harnessed the power of the vote like never before.  Grammy members count votes too, and the Recording Academy may see the vote swing in Mickey Guyton’s favor next month in the Best Country Solo Performance category with “Black Like Me.”

No matter how Grammy night ends, Mickey Guyton is holding the door open for diverse artists to follow her, and doors are still opening wide in her future.

Keep tuned into Country Music Alley for all the latest on your favorite Country stars and rising new ones!