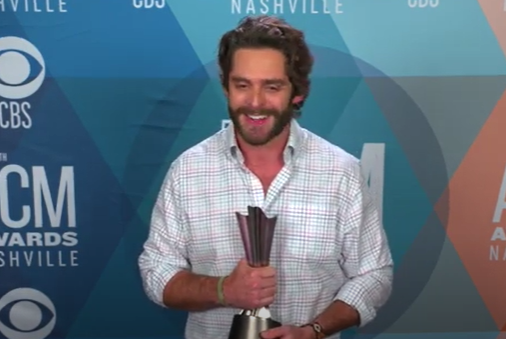 These impressive artists are not new to the ACM stage. All together this star-studded group has raked in over a dozen nominations and a couple of wins. But while some of these men have been invited to the dance, they have yet to take home the prize of the top award. So, let the speculation and betting begin country music fans. Who will take home the coveted Entertainer of the Year award in April?

Thomas Rhett was named Co-Winner of the 2020 ACM award alongside Carrie Underwood. This was the first time in ACM history that two individual artists won this award. Rhett won the award on his first nomination and likely hopes to make it a double event this year.

Eric Church is making wave in country music this year with the highly anticipated release of his triple album Heart & Soul. Church will release these albums over the course of a week before and after the ACM Awards. Heart is set to drop on April 16, followed by & on the 20th, and ending with Soul releasing on the 23rd. The three albums will have a total of twenty-four songs. But the kicker is that & with its six songs will only be available to members of Church’s fan club Church Choir. This will be Eric Church’s third nomination and with three albums set to drop he might have found an edge.

Luke Combs has received two nominations for Entertainer of the Year. But as the current reigning Male Vocalist of the year for the ACMs, he is looking like a promising candidate. The media hit Luke hard earlier this year over a music video he appeared in several years ago. The music video prominently featured the Confederate flag. Luke also played a guitar that had a Confederate flag sticker of the flag. But he has since used his platform alongside Maren Morris to bring awareness to the issue of diversity in country music.

Rounding out the list is ACM veteran Chris Stapleton. Stapleton has previously won ACM awards for Best Album of the Year twice and Male Vocalist of the Year twice as well. But while the “Tennessee Whiskey” crooner has received two previous nominations now for Entertainer of the year he has yet to win. Stapleton tied Maren Morris for the most ACM nominations this year with six. And with that many nominations, he may just take home the top prize this year.

Where are the ladies?

All of these artists are worthy of the ACM’s top honor, but some people are frustrated that there were no ladies in the mix. Carrie Underwood’s nomination for the award in 2020 was the first time a female artist had been nominated for Entertainer of the Year since 2014. Furthermore, Underwood was the first woman to win since Taylor Swift in 2012.